Much like many old buildings across the Commonwealth of Massachusetts, the Plymouth courthouse was built in the 1800s with asbestos-laden materials. The building has sat vacant for years with boarded-up windows while town officials tried to come up with a plan or a buyer willing to deal with the expensive asbestos abatement process. 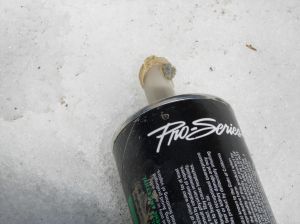 According to a recent news article from WATD, officials desire to raze the old building and replace it with a new town hall government complex. The town will also tear down the old Department of Public Works building and Commissioners building, which are in the same vicinity as the courthouse.

The problem was allocating funds and finding a contractor who would remove all asbestos prior to demolition and within the budget, which was eventually set at around $2 million. This particular process was large enough to require a containment area set-up on the outside of the building to protect the surrounding community from the damages of asbestos fibers.

As our Boston asbestos injury lawyers understand, asbestos is present in most buildings constructed or last renovated prior to the 1970s. During this time, asbestos was used in virtually every aspect of the construction process, due to its cheap cost and natural ability to resist heat, fire, caustic chemicals, and electricity. In construction jobs, common sources of asbestos were roofing materials, floor tiles, wall and ceiling insulation, plaster walls, drywall backing, drywall joint compound, and plastic cement used in construction and better known as gun plastic cement. The most common brand used and known to contain asbestos was called Colton Gun Plastic Cement.

During the construction phase, workers were unknowingly exposed to deadly asbestos fibers. Once the fibers are inhaled into the lungs, they can become lodged in a layer of tissue known as the mesothelium. Without cutting out a portion of the lung tissues, doctors have no effective way to determine if asbestos fibers are present, and they will not generally perform a biopsy unless a patient is experiencing symptoms. It normally takes between 20 and 50 years to develop symptoms of mesothelioma after exposure to asbestos, and, by this point, the patient is likely to have less than a year to live.

While the workers were unaware of the dangers of asbestos, as it was not known by much of the general public until the late 1970s and early 1980s, manufacturers and construction companies where well aware of the dangers. In fact, it was common knowledge among industry professionals, and it is also known they spent considerable amounts of effort to conceal the damages of asbestos, so they could keep making money off the production and use of asbestos products.

Once construction is complete, asbestos does not generally pose a significant risk to those occupying the building, since it is not likely to release any dust into the environment. However, as time goes on and asbestos materials begin to break down, they can become friable. Friable asbestos is capable of being crumbled by the pressure of a human hand. Some sources of asbestos, such as pipe insulation, are obviously more likely to become friable than other forms, such as linoleum tiles. Once a building is renovated or demolished, all asbestos becomes a source of danger during the process.