In a disappointing blow to those who might have sought damages for asbestos exposure from Garlock Sealing Industries LLC, a federal bankruptcy judge has severely curtailed the amount for which the firm will be liable. 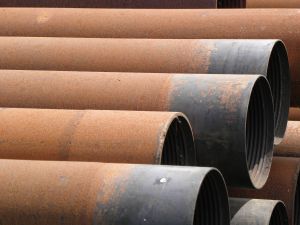 Mesothelioma plaintiff attorneys with pending claims against the firm had sought to hold the company responsible for some $1 billion in future liability for the exposure.

This figure was based on previous judgments against the firm, as well as out-of-court settlements.

The ruling is being hailed as a victory for the maker of gaskets and seals, which has been embroiled in asbestos litigation for the past three decades. The company has since discontinued use of its asbestos-containing products, but lawsuits continue to be filed as more cases of mesothelioma are uncovered.

The terminal cancer lies dormant in a victim for many years – sometimes decades – before a diagnosis is made. By that time, the disease is typically advanced, and the patient has, at most, a few years to live.

Unlike many firms that folded early on, Garlock continued to try to fight many of the asbestos liability claims against it. However, several large verdicts against the company reportedly proved crippling, and the firm filed for Chapter 11 bankruptcy back in 2010.

In reaching his decision, U.S. Bankruptcy Court Judge George Hodges indicated that in determining the appropriate amount to set aside for future claims, he had to weigh the issue of causation in these cases, and that the contribution of exposures to other asbestos-containing products was a big part of the reason he decided on such a low amount for the trust.

The judge said that the company was able to show that the products it manufactured resulted in a “relatively low exposure of a relatively lower-potency asbestos to a limited population.” He went on to reason that those exposed to asbestos in Garlock’s products were more likely and necessarily exposed to far greater quantities of higher-potency asbestos from other firms. (Garlock’s products were typically sealed with asbestos-containing insulation, produced by other firms.)

While we must respect the judge’s opinion, it’s disappointing, especially considering that several large verdicts were the catalyst for this action in the first place. What that means is that numerous juries weighed weeks-worth of painstaking and technical evidence and concluded Garlock at-fault for the plaintiffs’ terminal cancer and/or death.

Part of what the judge used in his determination was the fact that asbestos plaintiffs who sought compensation from Garlock then later sought compensation from other asbestos manufacturers, distributors or users. While the judge interpreted this as dishonesty, the fact is, asbestos was so common during the 20th century, it’s entirely plausible that one could have suffered exposure from multiple sources.

At the time that Garlock filed bankruptcy, it had some 4,000 asbestos exposure claims pending against it. This doesn’t count the unknown number of future claims.

Rulings like this mean that mesothelioma plaintiffs must be strategic in the way they pursue compensation. Consult first with an experienced attorney to explore all potential options.