Malignant mesothelioma is a rare form of cancer that is almost always associated with exposure to asbestos. When asbestos fibers are inhaled, they can become embedded in the lungs and other tissue known as the mesothelium. There is no way for doctors to see if the microscopic fibers are present without cutting a portion of the patient’s tissues and sending it to a pathology lab. There are also no symptoms for the first 20 to 50 years following exposure in most cases. While occasionally a tumor is found during an unrelated surgery, most patients do not find out until the disease is in a very advanced stage. Once an asbestos-related illness diagnosis is made, the patient is usually close to dying. 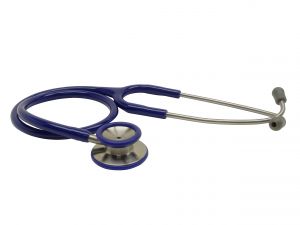 Unfortunately, there are not many effective treatments for mesothelioma. There are several experimental techniques, such as removal of a large part of a patient’s lung and then washing the area directly with chemotherapy drugs. However, even if these treatments do work, they generally only extend a patient’s life for a short period of time.

According to a recent article from FierceDrugDelivery, a pharmaceutical industry trade publication, a Boston-based capital group is helping to fund the EnGenelC program in Australia. The program is conducting clinical trials for a new type of treatment known as an EDV nanocell. Researchers describe the EDV nanocell as an empty sac of cytoplasm created from mutant bacteria. The sac has a strong membrane to protect the cancer drug, which will be stored inside.

It is believed this new drug delivery device, when filled with a cancer treatment drug such as doxorubicin will allow for a better targeted treatment of malignant tumors, including those associated with mesothelioma. The theory is more of the drug will get to the tumor and patients will have fewer side effects than typically seen with conventional chemotherapy.

The drug company developing this new drug delivery device says the nanocells will be injected into the patient and directly act on tissue surrounding tumors by “escaping” through spaces in a tumor’s blood vessel system. The company will test the nanocells on mesothelioma using another drug called miR-16 mocroRNAs. This human trial is being conducted along with Australia’s national asbestos research program. By the middle of this year, drug company researchers hope to begin human trials in the United States on patients suffering from malignant pleural mesothelioma.

While this new research may bring hope to future victims, currently people in the United States are dying from the painful disease because asbestos manufacturers spent years producing the toxic substance while expending great effort to hide the dangers from those being exposed on a daily basis. During much of last century, asbestos was used heavily in most factories, on pipe insulation, home and commercial construction projects, shipyards, and many other industrial sectors. Workers were constantly being exposed to asbestos without knowing the risks and then coming home from work covered in asbestos dust, whereby putting family members at risk.

Our Boston asbestos exposure lawyers are dedicated to helping you.