In Brown v. Lockheed Martin, an appeal from the United States Court of Appeal for the Second Circuit, from around 1950 through 1970, decedent worked as an aviation mechanic for the United States Air Force.  He was working at bases in the United States and in Europe during the years he was serving our nation.  He was exposed to asbestos on a regular basis during those years. 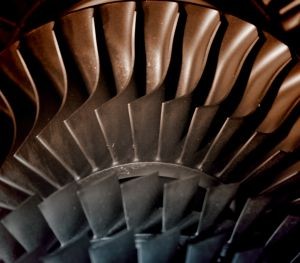 Plaintiff was eventually diagnosed with malignant plural mesothelioma as a result of his years of exposure to deadly asbestos fibers.  Asbestos is in a naturally occurring mineral that has been used for thousands of years due to its natural resistance to heat, fire, caustic chemicals and electricity.  However, it was during the industrial revolution in the United States and Europe that it became used in virtually every facet of industry, including production of goods and in the construction trades.

During the industrial revolution, it was not the natural resistance that made it so desirable, but the fact that it was very cheap to acquire and works exceptionally well as a chemical bonding agent.  This meant it could not only be used to bind different materials together during production of goods, but it was also used to make adhesives and exposures for use in the construction business.  This was one of the major reasons many construction workers were exposed to deadly asbestos fibers.  This is especially true when the dried cement is cut or drilled, as is often the case.  This creates dust, which can be inhaled.

Once the fibers are inhaled, they can become embedded in lungs or the tissue layer known as the mesothelium, which is found also in the abdomen or chest of a victim. Once the fibers are there, there is no way for doctors to remove them, and it is very difficult to even see them. Over a period of 20 to 50 years, they can metastasize into the deadly form of cancer known as malignant mesothelioma, which is what happened in this case to the former Air Force mechanic.

There is no question that asbestos was the cause of his mesothelioma, and there was not much question who manufactured the asbestos, but there are significant issues pertaining to jurisdiction and venue in these types of cases.  The best thing you can do is to speak with a Boston asbestos injury attorney who regularly handles these types of complex issues.  These cases are not only complex due to their nature, but the law is ever changing due to new regulations, and you want to make sure your attorney is up to speed.