According to a recent news feature from the Journal Inquirer, a New England man who worked for Sikorsky is now the leading plaintiff in a major mesothelioma class action lawsuit.   Sikorsky is a major manufacturer of civilian and military helicopters, including the famous green and white one’s used to transport the president and, when he is on board, use the call sign Marine One. While many people think there is only one, there are actually over 35 of them assigned the presidential transport unit of the United States Marine Corps. 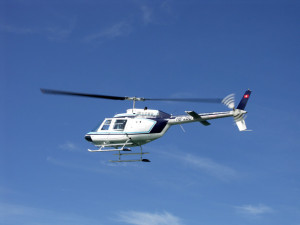 This employee was working for the helicopter manufacturer as part of a major project at the company’s facility in Stratford, Connecticut in 2010, when he claims he was exposed to deadly asbestos fibers. As part of his complaint, he alleges that he and 40 other workers were working on converting an old boiler house that was built in the 1930s into an industrial plant capable of generating both heat and electricity.  This type of plant is known in the industry as a cogeneration facility.

Plaintiff claims that the defendant was well aware that the building contained asbestos before sending in the employees, including plaintiff.  The insulation on the pipes and all of the pipefittings contained deadly asbestos fibers. They were also in a greatly deteriorating state, making them capable of crumbling under the pressure of a human hand. When asbestos is in a state that can be crushed or crumbled under the pressure of a human hand, it is known as friable asbestos. Friable asbestos is the second deadliest form of the toxic substance, second to powdered asbestos.  Powdered asbestos was actually knowingly used by companies before the 1970s as fake snow on holiday decorations.

These plaintiffs actually asked the employer if the fitting contained asbestos, and they were told they were tested and everything was safe.  Eventually, the workers repeated questions when visible asbestos was present, and this led to an actual inspection being performed, where it was determined that they were certainly being exposed to large amounts of the deadly fibers, and the air contained extremely saturated levels.

One of the things that makes this case different from a typical Boston mesothelioma case is that none of the plaintiffs have malignant mesothelioma at this time, and, according to a doctor from Massachusetts General Hospital (MGH), they do not have any symptoms of the disease at this time.  The plaintiffs claim they have respiratory distress, and their doctor is going to testify as such.  The reason for the lack of symptoms may be because it typically takes between 20 and 50 years for a patient to develop the cancer to point where it can be detected.

Once the malignant mesothelioma has advanced to the point where patients typically go to the doctor, they will often be experiencing shortness of breath, chest pain, abdominal pain, and other symptoms similar to chronic obstructive pulmonary disease (COPD).  At this point, they often learn that tumors have spread to other parts of the body, and they have only a very short amount of time left to live.  For this reason, one of things the plaintiffs are demanding is lifetime asbestos monitoring and medical care.