As the Mesothelioma Lawyers Blog reported in August, a Massachusetts developer was recently fined $100,000 for not removing asbestos as state and federal officials had ordered. 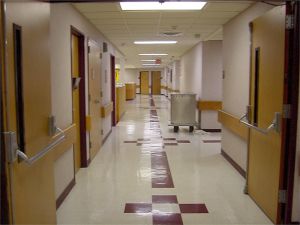 There’s a reason we have laws in the Commonwealth of Massachusetts, by the federal government and on a state-by-state basis. It’s important that people not be exposed to asbestos in Boston and elsewhere.

Boston mesothelioma lawyers have seen rouge contractors and builders attempt to break the law and try to get away with using asbestos or not removing it as they should in order to cut corners and save dollars. And there have been a number of high-profile cases in which contractors or asbestos removal companies used immigrants and low-wage workers to remove asbestos without the necessary safety precautions.

It’s not as if this is anything new. When asbestos was largely an unknown at the turn of the 19th century, companies used it because it was inexpensive and provided good qualities for buildings. But as research continued into asbestos and its health effects, businessmen became acutely aware of what asbestos was doing to their employees and customers. Yet in too many cases they ignored or downplayed the risks.

They chose to cut corners and leave the asbestos in their buildings and in their products, despite what it was doing to harm others. Not much has changed.

In Rochester, New York, a businessman was convicted of violating the federal Clean Air Act when he didn’t protect employees during an asbestos removal project. He was sentenced to six years in prison and has to pay $300,000 in restitution to the victims.

The company’s employees were injured and put in danger during a project to remove asbestos at a nearby hospital. According to the news report, the asbestos was falling on workers “like snow” while they were unprotected and put at risk. Witnesses testified the workers were put in a bad situation while the leaders did nothing to protect them.

This is yet another classic case of poor oversight in an asbestos case. Many of those workers may not feel the effects of the asbestos that rained down “like snow” on them as they worked. They may feel healthy for years, with that one construction job put far behind them and out of their minds.

But in a few decades, these workers may end up feeling the symptoms that tie them to a mesothelioma diagnosis. So it’s important they monitor their health closely. Anyone who has worked on construction projects involving old buildings must heed to this warning that mesothelioma is a possibility in cases where asbestos is in the air. And even if they don’t 100 percent know that asbestos is in a building, it’s possible that it is, so it is critical the worker protect their health and be safe.