A developer renovating a nursing home in a Chicago suburb was ordered to bring work to an abrupt halt, after city officials accused the company of improperly and illegally removing asbestos from the site. 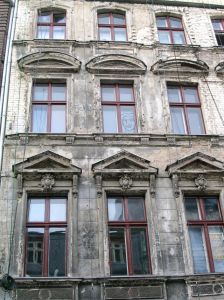 Our Boston mesothelioma lawyers know that while asbestos is not nearly as widely used as it once was, its presence in scores of older structures continues to pose a serious risk to today’s generation of workers and consumers. The reason why is precisely because of the kind of negligence alleged here.

When asbestos is not properly handled and removed from a site, the airborne dust fibers can be breathed by workers – especially if they are not wearing the kind of protective gear required for this type of work. Asbestos exposure is the direct cause of mesothelioma, a terminal form of cancer that lies dormant for decades. By the time the disease is diagnosable, patients usually only have a few months to a few years to live.

Companies know the dangers of working with this material. Companies knew it decades ago. And today just as back then, many have failed to take precautionary measures that would serve to protect workers. Many companies have been forced to undergo bankruptcy, and establish asbestos illness trusts, for this very reason.

And yet, companies continue to engage workers in unsafe practices. Now as then, it all comes down to money. Proper asbestos removal projects are expensive. They are time-consuming. They can be tedious.

It’s much easier for the firm to just rip out the dry asbestos, pile it into some trash bags and haul it off to a dump site.

But even removal projects that only span the course of a few days could have deadly consequences to workers years down the road because no amount of exposure to asbestos is safe.

In this case, the developers were working on a project to renovate the nursing home into a commercial space. (Interestingly, the nursing home had been shuttered due to safety issues, as elderly and mentally ill patients were being housed alongside convicted felons.)

But the project was abruptly stopped when the city filed a lawsuit against the company and the general contractor, alleging eight counts of environmental violations relating to illegal removal of asbestos. The city is seeking some $400,000 in damages from the firms.

Health and environment inspectors with the city and state observed workers wearing respirators that were made of paper and regular work clothes for asbestos removal projects. Additionally, the workers, who were responsible for the removal of mastic, tile and pipe insulation – all containing asbestos – were working with asbestos in confined spaces and weren’t following the proper wetting procedures that are called for in order to safely remove the material.

As such, a judge approved an injunction against the companies to stop work immediately. In order to continue, the defendants will have to submit a plan that will show how they intend to carry out the safe removal of asbestos. For each day that violations continue, the companies will face additional fines.