In a small Montana mining town, hundreds of people have been afflicted with exposure to asbestos, the vast majority dying after receiving a diagnosis of mesothelioma. 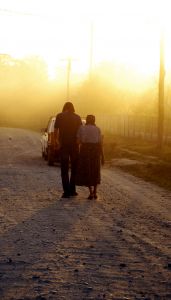 Our Boston mesothelioma lawyers know that authorities have for years been grappling with the best way to fully decontaminate the city. There had been a fair amount of criticism that it has taken this long just to initiate a study to figure out what all needs to be done.

Now, the Office of the Inspector General has released a report putting the blame on an unlikely suspect: the U.S. government. Namely, the Environmental Protection Agency, which is charged with ensuring clean water, air and soil to keep Americans healthy.

The area in question is a town called Libby, about 50 miles from the Canadian border. Four years ago, federal authorities declared a first-of-its-kind public health emergency in Libby – some 10 years after officials were first alerted to widespread concerns about the health effects of the asbestos dust that was being emitted from a vermiculite mine in town.

The vermiculite that was culled from that mine was subsequently used to insulate millions of homes across the country.

As of today, nearly $450 million has been spent on clean-up efforts there. Still, the town remains on high alert under the continued emergency declaration.

Meanwhile, asbestos-related deaths in Libby and throughout the country are expected to continue over the next several decades.

Clean-up efforts continue, albeit slowly. This year, there are an estimated 80 to 100 homes and properties that are slated for asbestos decontamination efforts. Several hundred more are still on the list – and that list is actually continuing to grow as investigators discover more and more locations that are severely contaminated.

The mine itself closed back in 1990, and officials haven’t even begun to tackle that site.

The Office of the Inspector General said that the EPA is responsible for delay after delay with these studies.

EPA officials fired back that such research is complex and time-consuming. It was important for researchers to do a thorough job and ensure the findings reflected an accurate portrait of what needed to happen to ensure resident safety.

So far, clean-up crews have already tackled some 1,700 commercial properties and homes, with some 1.2 million tons of contaminated soil removed from the site.

Just two years ago, the residents of Libby were infuriated to learn that the scrap wood chip piles at the edge of town, leftover from an old timber mill – the same ones they had used to fill yards, parks, and outside schools and even at a cemetery – contained asbestos – and the government had actually known about it for at least three years.

In fact, the EPA did nothing to stop the removal of the material from the site until the Associated Press started raising questions about it. The AP obtained a pile of EPA documents showing that the agency had found asbestos fibers in a fifth of the samples it had collected from the scrap would pile just a few years earlier.

It was later revealed that the trees had been cut down from a forest that was near the site of the mine, and that much of that timber was contaminated.