Irresponsible actions from an as-yet unknown source have put children at risk for asbestos exposure in Boston. 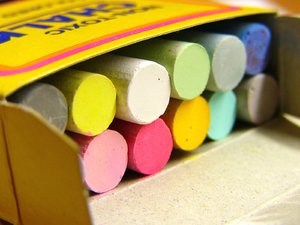 Our Boston mesothelioma attorneys are sickened by the news that someone has not once but twice dumped this deadly material in trash bins behind Thorpe Elementary School.

This incidents happened last month, and officials are still trying to find out who may be responsible.

Because of the inherent danger of asbestos, its removal is strictly regulated by the federal government’s Department of Environmental Protection. Investigators there believe the dumping was done by a contractor who wanted to save money, as companies are responsible for hiring a licensed asbestos removal firm anytime they come in contact with the material. To dump this material anywhere would be bad enough. However, to do so at an elementary school is reprehensible.

News of this dumping comes as schools in Massachusetts are investing an estimated $9 million to remove asbestos from older buildings that were constructed with the naturally occurring mineral. Asbestos has been linked to cancer – namely, mesothelioma – as well as lung and heart disease.

The asbestos, which had been dumped in the same location twice in one week. School officials said it was discovered by a janitor, and the school had to pay to purchase new trash bins and have the other ones disposed of. The district said at no time were students at risk, although it’s not clear how they can be certain, considering asbestos can easily go airborne, especially when disturbed. It doesn’t seem there is any guarantee that no one else suffered potential exposure.

Another scary incident involving asbestos and school children was recently reported in New York. According to local news stations, children near one junior high school found pieces of asbestos, which they mistook for sidewalk chalk. Parents, too, though it was sidewalk chalk and had no idea their children had been playing with the deadly material. They are horrified – and rightly so, as the effects of asbestos exposure may lie dormant for decades before it is discovered. Typically, exposure involves inhalation of the fibers, which in turn scars the thin membranes surrounding major organs, including the heart and lungs. By the time asbestos-related diseases are discovered, patients are often given about one year to live.

In trying to determine how it happened, school officials are pointing to a recent vandalism incident. They say there was a break-in at the old school building in which hot water pipes were stolen. In the process, asbestos material was left all over the ground and on a nearby sidewalk. The incident prompted school and city officials to shut down half a block while a company has been hired to to clean up the mess on both the sidewalk and inside the school.

Some scientists say that a one or two-time exposure won’t likely cause long-term damage, though there is no way to say that for sure. While there is no known cure for asbestos exposure, pediatricians for the children were advised to thoroughly wash or throw out the clothes they were wearing and undergo a complete check-up.

If you or someone you love has been exposed to asbestos in Boston, call for a free and confidential appointment at (617) 777-7777.

Additional Resources:
What should parents do about asbestos?, By Al Vaughters, WIVB News Channel 4