According to a recent news report from Fox, a local commercial contractor has filed a lawsuit against the City of Chicago for what they allege amounted to fraudulently hiding the presence of asbestos when soliciting bids for the project. 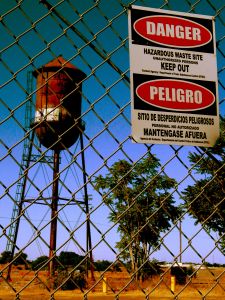 While working on the job, a subcontractor broke through the ground and discovered pipes running below the job site wrapped in insulation they highly suspected was made from asbestos. The contractor was gravely concerned, and, according to statements, they were dealing with non-contained, friable asbestos, which was being released into the air.

As our Boston asbestos exposure attorneys understand, asbestos is friable when it is capable of being crushed by the pressure of a human hand. This is among the most dangerous forms of asbestos, as it will freely give off dust containing deadly fibers that workers and those in the community can inhale. Once inhaled, the fibers can develop into a deadly form of cancer known as mesothelioma, asbestosis, and other serious respiratory illness.

These pipes were installed in the former housing project complex in the 1930s and 1940s to heat the residents’ apartments and common areas. Asbestos insulation was very commonly used as pipe insulation, because it was very cheap and worked well to insulate the pipe. Pipe insulation on metal pipes is essential to prevent people from getting burned on the outside of the pipe and to keep heat from escaping the steam as it flowed through the pipe.

City officials say they had a proper inspection performed before awarding the contract and were unaware of the presence of the underground asbestos-wrapped pipes. Meanwhile, the contractor claimed it halted the approximately $20,000 project and caused them time and money to deal with asbestos abatement not calculated into their bid made to the city of Chicago. The job was eventually completed, and the police station has been operational for the past two years.

City of Chicago is also arguing contractor is not entitled to file a lawsuit seeking damages, but instead must file under the contract as agreed to at the time it was signed. Construction contracts like this typically include a grievance and arbitration provision that limits parties’ rights to go to court. However, if one party can show the other fraudulently induced them to enter into the contract, the contact provisions requiring arbitration may be set aside when the case gets before a civil judge.

Regardless of whether city officials knew of the presence of asbestos in this case, the danger of simply digging a hole and exposing aging pipe insulation is great to workers and those around the job site. There is also a risk that rain or flooding can cause asbestos-laden runoff water to enter the local ecosystem or even drinking water supply.