The U.S. Department of Defense recently announced it was dedicating $16 million to go toward research of several major forms of cancer, including mesothelioma.

Our Boston mesothelioma lawyers are happy that more money is being dedicated to this important research. While mesothelioma in Massachusetts doesn’t get nearly as much exposure as other forms of cancer, such as lung, prostate or breast, that makes it all the more dangerous. 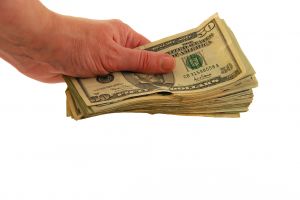 Obviously, those forms of cancer and others like it are more common than mesothelioma, but the lack of press means that many people may have the symptoms of mesothelioma, but don’t do anything to get themselves checked. And that’s how mesothelioma becomes so dangerous.

Mesothelioma is able to mask itself because the most common symptoms are chest pain, trouble breathing, heavy coughing and fluid build-up, which can be symptoms of other types of ailments. And if a person doesn’t realize that these symptoms aren’t the result of smoking or old age, they can be further damaged.

Unlike lung cancer — in most cases — mesothelioma is the result of exposure to asbestos, which often happens when people are young decades earlier. They often weren’t told that the material they worked with contained asbestos. Even if they were told that, they may not have understood the health effects. Yet, the companies that used asbestos — which was a common product not only in construction, but also in every day appliances and household items — may have withheld important health information.

This is why mesothelioma is popping up more and more these days. People who were exposed to asbestos either at work or in places they lived decades ago are now getting sick. And if asbestos isn’t properly removed from old buildings today, we will see future generations sickened by this natural mineral.

All of these forms of cancer are important to research because little is known about many of them and treatment options must be established. It’s fitting that mesothelioma is one of the potential research topics since many military veterans who served years ago are now being diagnosed with mesothelioma because of exposure on ships or on military bases when the military used asbestos.

Our Massachusetts mesothelioma lawyers hope that this dedicated money goes toward finding a cure for mesothelioma or at least early indications so that the disease may be cut off before it becomes deadly.