The U.S. Food and Drug Administration recently granted orphan drug status to a Japanese company that is attempting to research a drug that could treat malignant mesothelioma in Boston.

Our Boston mesothelioma lawyers believe that the more research that is done on this fatal form of cancer, the better. Right now, some is known about this cancer, but not nearly enough. 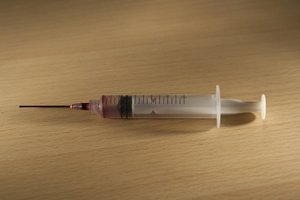 Some of what we do know:

Unfortunately, what we don’t know right now is a cure. And because mesothelioma is generally diagnosed decades after exposure, the cancer is typically deeply rooted in a person by then, which means operations are highly dangerous. Many patients, too, are older, meaning that a major surgery increases risks as well.

But as pharmabiz.com reports, the FDA’s granting of orphan status to a Japanese drug company may soon help mesothelioma patients. Orphan status is designed to reward companies that are researching a drug that won’t be mass produced and used by millions of people. It gives the companies breaks on costs in order to use their money to do the research.

The company reports that in 70 percent of all mesothelioma cases are plural mesothelioma diagnoses and that 80 percent of these patients were exposed to asbestos at one point in their lives. Because most patients don’t catch the cancer until its late stages, chemotherapy is the only treatment.

The company’s leaders believe they will be done with their current phase of research, which includes 63 patients, during the first half of 2012. The incentives of the FDA’s orphan status, the company says, will allow them to move quickly into its third phase of studies to try to find a cure for this deadly cancer.

While all drugs in testing aren’t ready for use, this is certainly encouraging news for mesothelioma patients throughout New England. They know that there are few treatment options that are available and work well in their fight against mesothelioma. A drug that can potentially cure this illness or fight back against it, making a person’s life longer, is certainly a lofty and well-placed goal.