Boston mesothelioma lawyers know that the dollar cost of asbestos abatement in this country has been enormous. 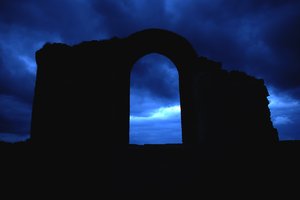 But it’s a task that one mining city in Montana felt it couldn’t afford not to do.

The Associated Press reports that in Libby, which for his has been grappling with mesothelioma, a deadly cancer caused by exposure to airborne asbestos.

The rates of illness for this small town are startling. With a population of 3,000, an estimated 1,700 have been diagnosed with mesothelioma. That’s a rate of roughly 57 percent. That also doesn’t include those who have died, which is estimated to be around 400, or about 13 percent of the population.

Fatal asbestos dust from the local mining company, WR. Grace and Co. reportedly covered the town at one point. The company reportedly closed the mine about 20 years ago, but in the years since, there has been a flood of mesothelioma diagnoses.

Twelve years ago, the city embarked on a massive clean-up effort. It’s still not done, even after spending nearly $450 million from the federal government. That’s only the first phase, with federal regulators from the Department of Environmental Protection saying that some of that asbestos remains at that site.

Still, a city park where the plant once stood recently hosted a wedding and there are blues festivals scheduled throughout August.

The removal work will have to continue.

For 30 years, the site of the Grace plant reportedly stockpiled vermiculite from the nearby mine before it was shuttled by rail for use across the country in attic insulation. Vermiculite, by the way, is a natural mineral that sometimes contains asbestos. The vermiculite that came out of this particular mine did contain the deadly fibers.

In addition to insulation, vermiculite has been used for brake linings, moulded shapes, fireproofing, roofing and even pillows.

In Libby, the town’s baseball and football fields were located right next to the Grace plant. The people who today are wrestling with the fatal disease talk about how they used to play in the piles of raw vermiculite when they were just children.

The epidemic is so bad there that the town is under the first of its kind public health emergency declaration, which was issued in 2009 by the EPA. The deaths are likely to continue for a number of decades.

Almost 1 million cubic yards of contaminated material and soil have been so far removed from the town. The next phase of removal is expected to be completed sometime over the next five years.

The fact is, there is no safe level of exposure, and residents understand that even those homes that have been cleaned once will likely have to be cleaned again, as there are still traces of the fibers.

Some have lobbed major criticism of the process, saying some clean-up officials seem to just be throwing money at the issue, without an idea of the real scope. Others have wondered if the town should simply be abandoned altogether.

Traces of the material have been found a number of times even when conducting seemingly mundane projects, such as installing a communication line through a park or renovating home projects.

In fact, there are still six major targets pending for contamination clean-up, and those include: the actual mine, the residential homes, commercial buildings and public properties, a rail line, a mill site, a neighboring town that has seen similar issues and the area’s state highways.

All of this would suggest that even for the celebrations, the clean-up is far from over.