In every Boston personal injury case, determining who the responsible parties are is critical. But what is equally important is determining which law governed the at-fault party’s behavior.

With an experience Boston personal injury attorney, you can feel the peace of mind that comes with knowing you have a representative fighting for you. 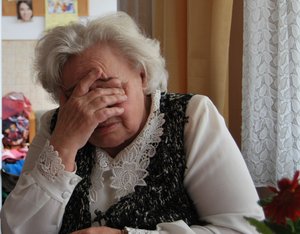 Feinberg v. Colgate-Palmolive Co. is a case that addresses the various intricacies involved in personal injury actions. Feinberg (“plaintiff”) used Cashmere Bouquet talcum powder made by Colgate-Palmolive’s (“defendant”) daily for thirty years. Defendants used asbestos in the production of this talcum powder. There was no dispute over the lack of warnings or labels on the powder specifying there was asbestos in the powder. Plaintiff was thus exposed to asbestos daily for thirty years and was later diagnosed with mesothelioma.

Plaintiff argues that Defendant’s failed to warn her of the toxicity of the asbestos in the talcum powder. On the other hand, Defendant looked to statute in their claim that they were protected because their obligation to warn was confused between silent federal statute and state statute which provides for a statute of limitations for claims. Because of this, Defendant filed a motion to dismiss the plaintiff’s claims.

The court here explains that this case centers on the Federal Food, Drug and Cosmetics Act (“FDCA”). The FDCA was established in 1938 to regulate the misbranding of food, drugs and cosmetics. Subsequently, this act was amended in 1997 to include a preemption provision (“Preemption Clause”) in regards to the labeling and packaging of cosmetics. See 21 U.S.C.A §379s(a). This clause was created to address the growing confusion over state and federal regulation of cosmetics.

Preemption is a legal principal based on the Supremacy Clause in the US Constitution. Basically, this principal guides states in the instruction that where federal and state law conflict on the same issue the federal law trumps the state law. States are not to adopt any state law that conflicts with a federal law.

The Preemption Clause to the FDCA provides that the FDCA is the law that governs the labeling and packaging of cosmetics. Therefore, states are prohibited from adopting any requirements that are different from those already codified federally.

It is important to understand the legislative process when interpreting statute. In the U.S. Constitution the legislative branch is given the obligation of creating statutes. Because there are so many areas to regulate, the legislature often creates administrative agencies to focus on statutes surrounding specific areas of law. In creating legislation, the individual agencies are responsible for certain things throughout the statutory construction process. This process is called rulemaking. When creating new legislation, the agency must provide a notice and comment period where the public is given access to the proposed legislation and they are allowed to provide their feedback. In order for this statute to become binding on the public, this rulemaking process must be completed and remain a public record.

In this case, the Food and Drug Administration was the administrative agency responsible for the FDCA and the Preemption Clause. Because the FDA maintained the records of this notice and comment period, the court was able to use these records to establish the statutory intent and application.

The court explains that when dealing with preemption and applicability of statute, it is important to determine what the statute controls. Thus, the issue of retroactivity was next discussed. In order to protect individuals from violation of their rights, a new adopted statute is applied from the date of adoption forward. Basically, unless the statute specifies, the law cannot be applied backwards in time to things that occurred before the statute adoption. Where the statute specifies that a law should be applied to instances that occurred before the adaptation of the law this is called express preemption.

Mesothelioma is a type of cancer that arises from exposure to asbestos. Therefore, the time of first exposure is often significantly earlier than the time of diagnosis. In Feinberg, the plaintiff was first exposed to this asbestos in her talcum powder forty five years before the Presumption Clause was adopted. But the plaintiff was not diagnosed with mesothelioma until after the Preemption Clause was adopted. Thus the question became whether the previous New York state law applied to the defendant’s duty to warn or the federal law created later.

The court in this case rejected the defendant’s motion to dismiss. The Preemption Clause was not applicable to this case because of the “genesis” of the plaintiff’s injuries. Therefore, the defendants did owe the plaintiff a duty of care which must be examined through an appropriate trial.

There are so many statues and knowing which responsibilities an at-fault party has can be very confusing. Because of this, you need an attorney helping you get the compensation you deserve.