When firefighters arrive at a burning building, truck crews will typically go to work fighting their way inside to look for victims, while ladder companies and engine companies set up and start fighting the fire itself. Every aspect of working as a firefighter and responding to a blaze is very dangerous.   There is always the risk firefighters will be badly burned, trapped under a building as it falls apart around them, or suffer severe injury from breathing thick smoke. 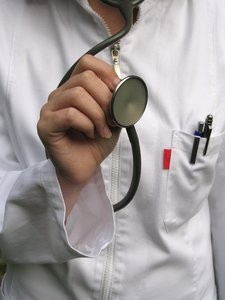 To prevent smoke inhalation injuries, firefighters will often wear a self-contained breathing apparatus, like a scuba driver wears, but this equipment is designed to work in fire instead of underwater.   Air packs firefighters wear are often called Scott Packs after the company that makes them. This is the same company that makes respirators and ventilators for use in asbestos abatement projects, but the two products are not interchangeable. In other words, a firefighter air pack is not extremely effective at keeping a firefighter safe from asbestos inhalation in a fire, and an asbestos abatement pack wouldn’t be much help in fire.

The problem is that in many older buildings across the country, including Boston, a fire can destroy a building, and can cause friable asbestos to fill the air inside the blaze. The can be extremely dangerous to firefighters, because friable asbestos is the most dangerous form or state of asbestos our Boston asbestos exposure attorneys see in the majority of our mesothelioma cases.

The reason friable asbestos is so dangerous is because it has broken down to the point where it can be crushed under the pressure of the human hand. This means that it is very likely to give off dust that can be inhaled by firefighters and anyone else around.

According to a recent article from KOCO News, some firefighters were recently exposed to asbestos while fighting a fire at an elementary school. Witnesses say when the firefighters first arrived, there was heavy smoke pouring out the back of the school building. The school had a basement that was not being used for a particular purpose but contained a large pile of trash. The pile of trash had ignited somehow and started the blaze. When firefighters put out the flaming pile of trash and got the other fires under control, they noticed there was a significant amount of asbestos material in the debris. At this point, they called in a county Hazmat team to handle the situation.

The first thing Hazmat did was to decontaminate the firefighter’s clothing and equipment. This is essential, because, as we have seen in many cases over the years, workers would unsuspectingly come home wearing asbestos-laden clothing and boots, and their families would also get sick

The next thing Hazmat teams did was to secure the area. They took samples for laboratory analysis of the asbestos material and marked that it was a potentially hazardous area. It will be up to school board members and county officials to deal with any necessary asbestos abatement work.