A five-year study will be devoted to learning more about how two communities are working to recover from widespread asbestos exposure after a local asbestos factory was shuttered. 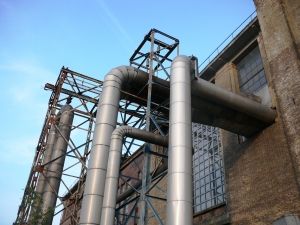 As our Boston mesothelioma lawyers understand it, the University of Pennsylvania, Penn Medicine, was awarded a $1.2 million grant from the National Institutes of Health to move forward with the research.

Specifically, the researchers are looking at the communities of South and West Ambler, just north of Philadelphia in Pennsylvania. There, asbestos isn’t just a past or passing concern. It continues to be a very real problem, due to the extremely high levels of the product that was used throughout the region.

Asbestos, as you probably know, is the sole cause of a rare and deadly form of cancer known as mesothelioma. A person who is exposed to asbestos through airborne particles or fibers is at high risk for developing mesothelioma or asbestosis, a similar disease. Both ailments are fatal, though asbestosis is more of a chronic condition, while mesothelioma kills very quickly. In both cases, a sufferer will not know they are sick until years or decades after exposure.

According to researchers, these communities have been at risk since the late 1880s, when the asbestos factory was first founded. Those who live or have lived there have had to contend with either occupational exposure or environmental exposure. In these areas, the Pennsylvania Department of Health has already deemed these residents to be at a much higher risk of developing mesothelioma than those living elsewhere in Pennsylvania.

One of the associate professors preparing to conduct the study said that not only are residents suffering an existing health risk, but ironically, the entire community suffered a horrible financial blow when the asbestos factory shut down.

The researchers are aiming to develop a storehouse of information relating to asbestos-related health risks, as well as profile individuals who were affected by either working or living near the asbestos factory. The effort will also provide an opportunity for an information exchange among scientists and residents. And it will serve as a case study for communities that are facing similar challenges – and there are several of them throughout the United States. In Massachusetts, for example, researchers believe there are a total of 44 asbestos exposure sites, such as the A.C. Lawrence Factory in Peabody, which has been sued multiple times by former workers who developed mesothelioma.

The major components of this project are set to include:

While the researchers hope this study will result in a wealth of information for anyone who wishes to access it, they said they have already discovered in the pilot portion of the study that sharing their stories has been incredibly healing for mesothelioma sufferers and their families.