The state supreme court in Virginia has ruled that the widow of a man who died after exposure to asbestos by a private shipping company while he was serving in the Navy is allowed to sue the shipbuilder. 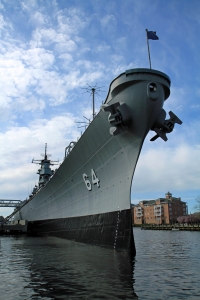 Our Boston mesothelioma lawyers understand the issue of contention in this case was whether the widow was barred from seeking compensation due to the Virginia Workers’ Compensation Act.

At issue in Dorthe Crisp Gibbs v. Newport News Shipbuilding & Drydock Co., was whether his injuries and wrongful death fell within the purview of the state’s worker’s compensation act. This act would have provided exclusive remedy to the plaintiff. However, the Navy and other armed forces don’t fall under the act.

Here is why this case was so tricky:

In the early 1960s, a man named Kenneth Gibbs was enlisted as a seaman, specifically, an electronics technician, on active duty with the U.S. Navy.

In 1962, the Navy contracted with Newport News Shipbuilding and Drydock Company to buy two nuclear submarines, costing approximately $46.4 million each. This ships were to be built at the Shipyard and then delivered to the Navy when they were finished. During the course of that construction, however, the federal government would have access to the ship for both training and testing purposes.

In the middle of 1965, Gibbs was assigned to one of these in-construction ships for extensive inspection purposes, as it was to be completed and delivered within six months. It was during his time aboard this vessel that he was exposed to airborne asbestos, which is the only known cause of mesothelioma.

Mesothelioma is a cancer that lies dormant for many years, but when it strikes, it is aggressive and fatal.

During the course of his employment, Gibbs was made to install asbestos products, exposing him (and numerous other workers) to large quantities of asbestos dust and fibers.

In 2008, after Gibbs received diagnosis of this terminal illness, he filed suit against the shipbuilder. He died early the following year.

The defendants answered the lawsuit with the contention that the Workers’ Compensation remedy was the widow’s only legal recourse. Of course, this was a significant amount less than the company would pay if it lost in civil litigation. The district court sided with the defendant, holding that the act plainly applies. The case was dismissed with prejudice.

However, upon appeal, the state supreme court justices ruled that the Navy had not accepted the provisions of the act, and therefore employees of the Navy weren’t subject to the act. The lower court’s decision was reversed, paving the way for Gibbs’ widow to file suit.

Had he worked directly for the shipyard, as opposed to the Navy, the outcome of the case may have been different.

It’s not an automatic win, but it appears a strong case can be made, based on the facts as laid forth in past court filings.

Simply being granted the opportunity to bring your case before the court is an important first step.