At least 150 current and former employees of Long Island’s Nassau Coliseum have filed a notice of claim, indicating they were exposed to asbestos while working at the stadium and nothing was done to protect them. 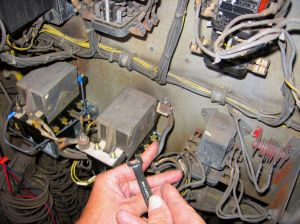 This stadium has held a myriad of riveting events, from concerts to hockey and even the circus. It’s been a popular venue for decades. It’s also the home of the New York Islanders.

It’s not clear whether the presence of that material posed a significant risk to patrons who attended events there. We do know that no amount of exposure to asbestos is considered safe, which means it’s possible that even inhaling a small amount many years ago could put a person at risk for lung impairments years later. It could also potentially develop into mesothelioma, a fatal form of cancer involving the lining around the lungs.

As it stands so far at least 75 of the former stadium employees have been diagnosed with mesothelioma from their exposure. Several more have lung cancer and many are permanently bound by oxygen tanks.

It’s possible that this particular case could be lumped into a class action lawsuit, in which the plaintiffs will be seeking between $500 million to $1 billion.

Attorneys for some of the plaintiffs in this case have said that they sent a number of samples from the stadium out to three different laboratories. All three labs returned results revealing dangerously high levels of asbestos.

Even those who have yet to be diagnosed with any cancer are, quite understandably, worried sick about the implications not only for themselves, but their families as well.

It’s not uncommon that older structures would use asbestos-laden material. The fact is, asbestos was everywhere throughout the 19th Century – in insulation, flooring, roofing, electrical systems, etc. What is troubling is that the owners of this stadium – in this case, the county – would have had a responsibility to know that their building contained asbestos and that workers would need to be aptly protected from the risk of direct exposure.

State investigators say they have launched an inquiry to determine the danger, if any, to the public. Meanwhile, events continue to be held there.

The U.S. Occupational Safety & Health Administration is also simultaneously conducting its own investigation as well.

County leaders have not denied in the past that the structure contains asbestos. In providing a response to the issue of litigation, the county executive underscored his previous pleas for renovation or demolition, saying it’s the oldest, un-renovated facility in the county.

As it stands, the arena is in trouble. The Islanders ice hockey team are leaving for Brooklyn next year, and the county is scrambling to find a new tenant – or at least some way to pay to keep the arena open. Originally, there was talk of it being downsized and renovated.

But now with the added cost of safe asbestos abatement during the would-be renovation, it might make more sense for the county to shutter the stadium altogether.