Garlock Sealing Technologies is preparing to argue at an upcoming trial that it owes a maximum of $125 million for asbestos-related injuries and deaths caused by its products. 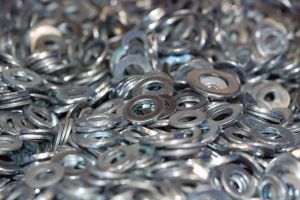 However, our Boston mesothelioma lawyers understand that personal injury claimants are putting the number at closer to $1.3 billion.

The case is being heard before a bankruptcy court, which will ultimately determine how much should be set aside in Garlock’s asbestos bankruptcy trust, which will be where future claimants can seek compensation for asbestos-related ailments caused by Garlock products. Those products included seals, gaskets, sheet gaskets, asbestos cloths, packing material, pump packing, rope packing, ring packing, valve packing and sheet packing.

Already. thousands of individuals say their or their loved ones’ exposure to asbestos in products that Garlock manufactured caused the development of mesothelioma, an aggressive cancer that is terminal and for which there is no cure. Mesothelioma takes decades to develop, so it’s expected that many more future claims will be filed against the company.

In business since 1887, the New York-based firm has paid nearly $1.37 billion in indemnity payments, spending more than $100 million annually since the asbestos lawsuits began to emerge. There are still about 100,000 cases pending.

This is why Garlock filed for Chapter 11 bankruptcy protection in 2010. It was known as being one of the most tenacious defenders in asbestos litigation, but it buckled under the weight of the sheer number of claims.

At a recent pretrial briefing in the liability trial within the bankruptcy claim, Garlock’s attorneys said they intend to argue that the company bears little to no responsibility for the majority of the pending claims, they say, plaintiffs are unable to prove their illness was definitively caused by exposure to Garlock products.

The $125 million figure Garlock is now claiming is less than half of the $270 million it originally said it would set aside when it filed for bankruptcy. Garlock said it intends to present scientific evidence showing that most of these pending claims are not valid.

However, those with pending claims say those alone are worth $210 million. Future claims, they believe, will easily top more than $1 billion. They say Garlock’s estimation is a farce and the reality is the firm is doing everything it can to duck its responsibilities to those it harmed.

What’s more, plaintiff representatives estimate Garlock would have to spend at least $320 million just defending itself against the claims that are currently pending in the tort system. So to suggest that $125 million would be enough to settle pending and future claims is not only a slap in the face, it’s not likely to fly with the judge.

As it stands today, there are about 40 asbestos bankruptcy trusts from which current and future claimants may draw, if they can show that their condition was likely at least partially a result of exposure to asbestos in products made by that particular firm.

Garlock is a subsidiary of EnPro Industries Inc. The estimation trial is slated to begin later this month.