In a blow to mesothelioma plaintiffs, the Maryland Supreme Court ruled that the manufacturer of a joint compound that contained asbestos had no duty to offer danger warnings to household members who breathed in the deadly dus. 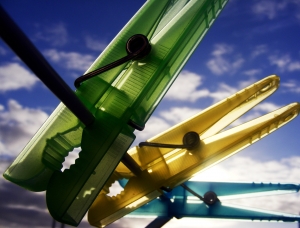 Our Boston mesothelioma lawyers are disappointed in this ruling, though we know it won’t directly affect plaintiffs beyond the Maryland jurisdiction – at least for now. We anticipate the defendant, Georgia Pacific, as well as others, will begin pushing this same stance in similar cases across the country. We take very seriously our duty to aggressively fight back, and ensure that these firms aren’t able to escape liability for the lives they’ve had a hand in destroying.

The case involved a female plaintiff who sued Georgia Pacific over a product called Ready-Mix, a joint compound that is typically used to smooth the joints in between slabs of drywall. Back in the 1960s, these joint compounds were made with asbestos.

The plaintiff was born in the 1950s. From infancy until she got married in the mid-1970s, she lived in her grandparents’ household. Her grandfather worked as a construction industry mechanic, from about 1925 and into the mid-1970s. During this time, he routinely worked with products containing asbestos, including the joint compound made by Georgia Pacific.

Throughout her childhood, the plaintiff was often responsible for doing the family’s laundry. In the course of this work, she regularly came in contact with the asbestos dust from her grandfather’s clothing. She breathed in those fibers daily, just as he did. It’s no surprise then that a number of years later, she was diagnosed with mesothelioma.

Initially, the plaintiff had filed suit against some 30 defendants. Most of those defendants settled prior to trial. Georgia Pacific had refused to settle and the case went to trial, with the plaintiff initially victorious in her claims of negligence and strict liability. She won, and was awarded about $5 million.

However, Georgia Pacific responded with an appeal. While the appellate court affirmed the verdict of the circuit court, the Maryland Supreme Court overturned it. In a lengthy opinion, the justices stated that while asbestos was known to be harmful to those who worked directly with those products, there was a “skimpy state of knowledge” with regard to how asbestos might affect family members who had secondary exposure to the dust, particularly prior to the adoption of updated regulations from the Occupational Safety & Health Administration in 1972.

The high court also said there would have been an inability by these companies to offer a warning to household members that would have had any real effect.The court noted that this was at a time before the Internet and cell phones.

The court stated it wasn’t clear how suppliers and manufacturers of asbestos-laden products would have been able to directly warn members of the household of danger when those individuals had no connection to the product, the supplier or manufacturer of the product, the employer that used the product or the owner of the site where the asbestos was being used.

The reality is that had these workers been given any inkling at all that the material on their work clothes was making their family members sick, particularly with a terminal disease, they would not have taken such a chance. These companies failed spectacularly in their duty to warn and they should not be allowed to get away with it simply because the exposure was second-hand.