Anyone familiar with the Worcester area is probably at least somewhat familiar with the historic Stearns Tavern currently located in Webster Square. According to recent article in the Worcester Telegram, the historic tavern was built in 1812 by Charles Stearns to operate as a tavern. Years later, it was operated by the hotel and stagecoach stop for travelers passing through the city of Worcester. 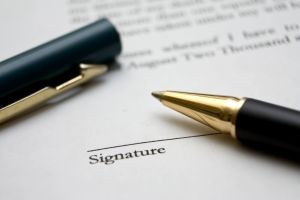 The tavern was later sold to other people and used for other purposes. In the 1950s, it was a furniture shop, and ten years later it was a carpet store. In the mid 1970s the building was moved from its original location on Main Street to the Weber Square area, where it has sat for the past several decades. After being relocated, it was used as a local bank. The building hosted several different banks over the years, including Bank of America, which moved out about two years ago.

At this point, ownership in the tavern reverted back to the real estate group, which owns the land on which the building is now sitting. The realty group wanted to demolish the building, but the city held the demolition permit application in abeyance for one year, because the building is a registered historic structure. After the year had passed, the owner was vested with authority to demolish the building, but they have said they do not wish to do so if someone will pay a nominal fee for the historic tavern and move it somewhere else.

One of the reasons it is difficult to find a use or location for this historic structure is because it must be heavily renovated in a way that complies with an historic construction code, while at the same time completing an expensive asbestos abatement process, as the building is filled with asbestos-laden building products and is need of repairs. The asbestos must be abated before the building can be moved. Some involved with the project are saying it is a “small amount” of asbestos, but, as our Boston asbestos exposure attorneys have seen, it only takes a small amount to kill, so, in a sense, any amount of asbestos is a serious issue.

The city had spent a lot of time looking for a grant to pay the roughly $150,000 to relocate the building, and it found a suitable federal grant, but the problem is that wherever it is moved must allow the building to serve a purpose that benefits the national interest. Finally, the city spoke with the United Stated Department of Housing and Urban Development (HUD), who agreed that moving the building to Coes Pond and using it as a facility to care for disabled Americans. With this satisfying the federal government, the city is engaging members of the community to get local support.   While there is still a lot of work to be done before the building can be moved, city officials are confident the job will get done, and it will not cost the city more than $15,000 in taxpayer dollars.

f you or a loved one is diagnosed with mesothelioma in Boston, call for a free and confidential appointment at (617) 777-7777.