Over the past year, GOP members of the United States House of Representatives have been working on their latest tort reform plan. This plan is officially called the Fairness in Class Action Litigation Act (H.R. 1927), and includes a specialty piece of legislation known as the Furthering Asbestos Claims Transparency (FACT) Act. 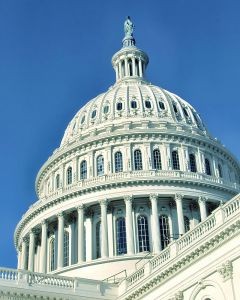 According to a recent news article from Bloomberg, the House has just passed the FACT act, H.R. 1927, and now it will be sent the United States Senate to see if can pass and make its way to the president’s desk to be signed or vetoed. Many think it will never make its way through the Senate, because even though there the Republicans control like the House, there are not enough total members to pass the bill.

Those against the bill include many who are supporting truly fair access to the courts. This includes lawyers who represent mesothelioma victims, as one might expect, and also many who support fundamental fairness in the civil justice system. As for the bill itself, the bill would require asbestos class action lawsuits to submit to a test administered by the court. The judge would evaluate the case and all of the evidence and must make a determination that each member of the proposed class suffered not only the same type of injury, but the same scope of injury.

This is major issue for those pushing for tort reform. The claim is that in a class action lawsuit, some of the named plaintiffs (the plaintiffs for whom case in named) suffered a much more severe personal injury that other class members. In other words, those in favor of tort reform are claiming there are often only a few people who were seriously harmed by defendant and a bunch of people who were only added to increase the total number of damages and harm the defendant more than necessary.

However, this could not be farther from the truth, especially in the case of mesothelioma lawsuits in Boston and across the nation. First of all, malignant pleural mesothelioma, which is the most common form of the disease, is so deadly that when the nearly all patients learn they are sick, they are told they have less than a year to live. It is hard to imagine anyone who is only slightly affected by this deadly form of cancer.

Additionally, these defendants who manufactured asbestos for decades made incredible amounts of money while they were knowingly exposing millions of workers and their families to a deadly substance. However, they also knew that once the fibers were inhaled, they become embedded in the layer of tissue known as the mesothelioma where it takes between 20 and 50 years for the average victim to know he or she is sick. They were willing to trade current profits for the possible death of their workers and fought to keep that info secret.

Even though the sponsors of this particular bill are worried that it will not pass the house, they believe that it will help get more people thinking about the issue and will eventually lead to the bill being passed in the Senate and signed into law by the president.