According to a recent news article from The Courier Post Online, a man was just sentenced to three years in prison for his alleged conduct during a recycling project where highly dangerous asbestos waste material was left all over the site of a former hospital campus. 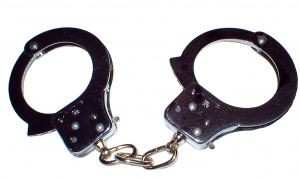 Prosecutors say the 57-year-old defendant used untrained and unlicensed day laborers, some of whom were inmates living at a halfway house, to conduct an asbestos abatement operation and did not even provide them with the correct equipment to do the job. They are alleged to have illegally buried asbestos-laden titles and dumped large contractor-size trash bags full of asbestos in the floor of the boiler room at one of the buildings in the old hospital campus.

In addition to the high potential for environmental harm and community exposure to the deadly asbestos fibers, the workers were not provided with appropriate protective equipment. An asbestos abatement worker must not only be properly trained and licensed, they must also be provided with asbestos-resistant disposable clothing and given NIOSH approved respirators or ventilators rated to protect them from asbestos fibers. Instead, defendant provided his workers with the cheapest paper masks available, and these masks made it very difficult for workers to breath, so they had to remove them while working.

As our Boston mesothelioma injury attorneys can explain, asbestos is made up of microscopic fibers, which can become embedded in a victim’s lungs and other organ tissue if they are inhaled. They are virtually impossible for doctors to discover in a patient without a destructive biopsy, and even if they were found, there is no method to remove them without removing the tissue to which they are attached. Over a period of 20 to 50 years, the fibers can metastasize into mesothelioma, which is a deadly cancer that can affect the lungs, chest, abdomen, and other organs, and can spread throughout the entire body.

Most asbestos victims do not go to a doctor until they have symptoms such as severe stomach pain, chest tightness, and difficulty breathing. Once they have diagnosable symptoms, they usually only have a very short time left to live, which can be as short as a few months. There are treatment options, but they are invasive, painful, require large sections of organs to removed, and, in the best cases, only extend a patient’s life a short period of time.

This defendant pleaded guilty to conspiracy charges in connection with his criminal case. During the commission of the alleged offense, he was working as a project organizer for the redevelopment of the old hospital campus.   His co-defendant in the criminal case was the owner of the construction site and was also alleged to be a member of the criminal conspiracy. He also pleaded guilty to charges of violation of the state’s Asbestos Control and Licensing Act and was sentenced to just under a year in state prison followed by three years of probation.

The contractor worked on-site himself handling asbestos, but he was only present for one day during the entire project.