The insurance industry had underestimated the amount it would have to pay out in asbestos-related claims by about $11 billion. 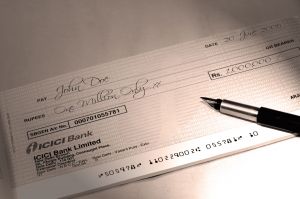 Our Boston mesothelioma lawyers understand that the industry had previously estimated it would spend about $74 billion. They’ve already paid out roughly $51 billion in claims from decades-old policies. However, they had only set aside another $23 billion for future claims.

As it turns out, according to a new study by the A.M. Best ratings firm, the insurance companies will likely need about $11 billion more. What’s more, the number of mesothelioma and asbestosis lawsuits show now sign of slowing anytime soon, the firm warned.

The reasons for the underestimation are varied. Primarily, it has to do with the fact that juries are awarding higher amounts on individual claims than previously anticipated, and there are more claims in general. Plaintiff attorneys – those representing your rights – have had an increased measure of success in recent years, perhaps explained by a better understanding of how and why this disease develops and what it takes to prove negligence to a jury.

The burden of proof is still on plaintiff attorneys – so you need a good one – but what must be proven is fairly straightforward.

Numerous manufacturers and companies in the 20th Century produced and used asbestos and products made with asbestos, a dangerous mineral compound that exposes people to a slow developing but fatal cancer called mesothelioma.

Symptoms are non-existent for decades. When the disease is finally diagnosed – usually following bouts of shortness of breath, constant chest pain or cough, night sweats or feet swelling – the prognosis is usually poor, and the disease progresses rapidly. (This is why we are just now seeing cases brought forward where exposure happened in the 1980s and earlier.)

The reason you may have grounds upon which to sue the manufacturer or your former employer or whichever entity subjected you to exposure (and there may in fact be several) is because of the fact that many of these firms where aware of the danger asbestos presented. Yet, they failed to warn or take steps to protect employees or consumers. This negligence has resulted in a flood of lawsuits that collectively have resulted in billions of dollars in payouts.

In fact, A.M. Best reports there are far more claims overall than what the insurance industry anticipated. But this should not have come as a surprise, as there were a very large number of people exposed to asbestos over an extended period of time. Even if many of those individuals have since passed, their survivors often will bring action against these companies on their deceased loved ones’ behalf.

Asbestos hasn’t been widely used since the 1970s, so the cases will taper off at some point – but not any time soon.

The additional $11 billion the insurance industry is expected to dole out over the next several years won’t be enough to cripple the industry, but some have expressed worry.

However, to put it into perspective, $11 billion is about half of what insurers are expected to pay out in losses following Hurricane Sandy.