According to a recent case before the California Court of Appeal, defendant purchased an asbestos mine in Coalinga, California in the early 1960s. From the time of purchase until 1985, defendant supplied asbestos to companies that used it for products to be sold to the construction industry. 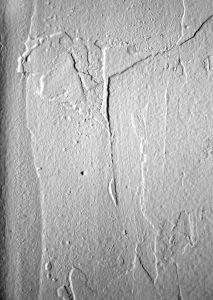 Plaintiff was the owner of a construction company that built over 200 homes between the early 1960s and the mid-1980s. Plaintiff never personally worked as a builder or foreman on any of the home construction projects. He did, however, walk through the various construction sites on a regular basis. Each home was constructed with drywall that workers finished with premixed joint compound. After applying joint compound and allowing it to dry, workers then sanded it several times. Plaintiff was often present during the sanding process.

As our Boston mesothelioma lawyers can explain, drywall joint compound manufactured prior to the 1980s often contained asbestos. Once it was sanded, it became friable, allowing asbestos fibers to be released into the air, where workers could inhale them. After being inhaled, the fibers can be embedded in the tissue of the lungs and other organs and metastasize into a deadly form of cancer known as mesothelioma.

Plaintiff describe the dust during sanding as being like fog in the air. He was also present while other asbestos-containing materials were used, including Colton gun plastic cement manufactured by defendant and plastic cements made by other companies.

In 2011, when plaintiff was 85 years old and diagnosed with mesothelioma, plaintiff filed a mesothelioma lawsuit against over 20 defendants allegedly responsible for manufacturing the asbestos-containing products that caused his mesothelioma. By the time of trial, there were only five defendants left, and the jury was requested to complete a special verdict form that divided responsibility among remaining defendants.

The named defendant in this appeal was found to be 65 percent responsible and was ordered to pay $18 million in punitive damages, in addition to all compensatory damages. The figure was arrived at by adding a million dollars for each of the 18 years defendant sold asbestos products after it knew of the associated dangers.

Defendant moved for a new trial and trial judge denied that motion. Plaintiff agreed to voluntarily reduce compensatory damages from $30 million to $6 million, but it meant this figure could no longer be challenged. The judge did not disturb the $18 million in punitive damages and entered the judgment.

Defendant appealed judgment. On appeal, the court looked at whether jury’s finding was substantiated by sufficient evidence. The court of appeals concluded that jury made a proper finding and affirmed trial court’s entry of judgment.

This case dealt with a common issue in asbestos litigation. Often times, a victim was exposed to asbestos from a variety of sources made by several manufacturers. There is no question that asbestos exposure caused the illness, but there is a question as to which company was responsible for what portion of the damages.

If you are diagnosed to mesothelioma in Massachusetts, call Jeffrey Glassman Injury Lawyers for a free and confidential appointment — (617) 777-7777.