Mesothelioma patients can claim a victory for dignity, after a ruling in Missouri that is likely to have nationwide implications. 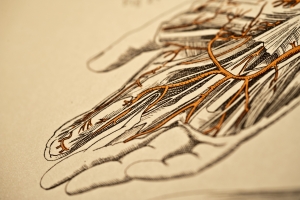 As our Boston mesothelioma lawyers understand it, lawyers for one of the defendants, accused of fatal asbestos exposure, requested that they be allowed to conduct an autopsy on the plaintiff, who was nearing the end of his battle with the terminal illness.

Reichhold, a manufacturing firm, asked the judge to allow them to collect a 5 gram sample of the plaintiff’s lung tissue in order to aid in their defense.

Now, it’s not that this request surprises us from the perspective of the lengths defendants will go in order to wriggle their way out of responsibility. In fact, we’ve become quite familiar with a number of such tactics, including excessive delays and motion filing and even repeated requests for venue changes. Delaying is often popular because the defendants know their accusers are living on borrowed time.

Mesothelioma is caused by exposure to airborne asbestos fibers. Although it’s not a product that’s widely used in the U.S. today, it was used in a large variety of products and manufacturing materials through the 1970s. That means those who are now retired from the manufacturing or construction industries face the biggest risks today, as the disease takes many years to manifest itself.

In this case, Reichhold made its request in the 22nd Judicial Circuit Court, where the case was being heard. The company argued it was quite possible the plaintiff could die before trial. Still, it didn’t specify why exactly it wanted the sample, or what the company hoped it would prove. The mesothelioma diagnosis had already been confirmed at that point. To our knowledge, there are no biological indicators that would link the type of mesothelioma (pleural or peritoneal) to a specific company. In other words, medical examiners performing an autopsy wouldn’t find a “Reichhold” stamp on the plaintiff’s lung tissue.

These cases are often decided based on historical data. Of course, the diagnosis itself is important. But from there, mesothelioma attorneys will explore how the defendant used asbestos, what level of exposure it caused to its workers or consumers, and at what point supervisors became aware of the dangers.

In this case, the plaintiff’s attorneys argued that there was no legal precedent as to require a grieving family to allow remains of their loved one to be tested by a legal foe and possibly used against them in court. Plus, the plaintiff wasn’t even deceased yet.

While the defendant had said it would be a biopsy, not an autopsy, the fact that it would be conducted after death, the judge ruled, still made it an autopsy – and he sided with the plaintiff.

Attorneys for Reichhold had also tried to argue that they were using “safe” asbestos, and that there wasn’t really any asbestos at all in the plaintiff’s lungs. Here’s the reality, though: there is no such thing as “safe asbestos.” It all has been known to cause mesothelioma.

With this ruling, the family now has peace of mind that it won’t be subjected to further harm by a company that sought to violate the remains of their loved one.