Officials in Framingham are embroiled in an environmental debacle involving alleged illegal dumping, an apparently dishonest contractor and a family that is stuck with a pile of asbestos in their back yard and a $900,000 bill to remove it. 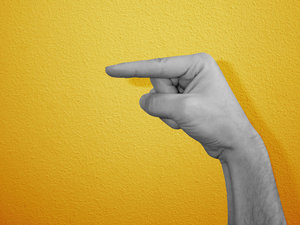 Boston mesothelioma attorneys understand that the city has filed suit against the contractor, while the Department of Environmental Protection is billing the family, which is debating legal action against the city.

Quite frankly: It’s a mess.

And the fact of the matter is, the asbestos sitting in a heap of soil at the edge of the Milford property creates a potential health hazard, as asbestos that is disturbed puts everyone nearby at risk for developing mesothelioma – a slow-developing but deadly cancer of the internal organs, caused by asbestos exposure.

Those who are now battling mesothelioma were on average exposed 30 to 40 years ago, with the disease not manifesting itself until much later. Despite all our advances in education, advocacy and litigation, cases like this sadly ensure people may be getting sick for many more years to come.

Here’s what we know of this case, as reported by local media:

Noisy, late-night dumping two summers ago drew the ire of neighbors in the area. Curious, one night they ended up following the trucks back to the New York Avenue in the Framingham Technology Park. They snapped a few photographs of the scene, and contacted the DEP.

The DEP, in turn, secured a warrant and found that within the debris pile on the family’s property were pipes containing asbestos.

The company that had been dumping the fill, SB General Contracting, was reportedly employed by the town, having been hired to replace water pipes and the old concrete sewer system.

The DEP issued a $900,000 bill to the family to clean up the debris. Although there is no indication they allowed the trucks on their property, the DEP contends that they are responsible as it is now on their land.

The Rowe’s then wrote to the town, demanding that they take action to properly remove the material. Also, the DEP is looking into whether town officials may have violated the Solid Waste Management Act, as well as the Clean Air Act.

In turn, Framingham officials have filed suit against the contractor, claiming they are responsible for the clean-up effort, and are suing the company for about $950,000. They say taxpayers shouldn’t have to be on the hook for what happened, and this amount should cover removal expenses plus attorney fees.

But the contractor, meanwhile, says the city wouldn’t pay them when crews ran into trouble with underground rock and other impediments to the project. They say both sides had reached a $162,000 settlement that would have allowed them to properly complete the work, but the town never paid up.

While all of this is being sorted out, the DEP has issued an order to cover up the pile with plastic.