A Kentucky man and U.S. Navy veteran was awarded $32 million in damages after an eight-week trial in New York, WSAZ reports.

While it’s a large sum of money, it will not stop the pleural mesothelioma with which the man has been diagnosed. Pleural mesothelioma in New England, and other forms of the rare and incurable cancer are unstoppable. But jury awards like this one can help pay for medical treatment and give some help to family members left behind. People see the large verdicts. Rarely do they consider the billions made by companies who unlawfully and willfully exposed employees to asbestos, despite the known risk of contracting a fatal cancer. 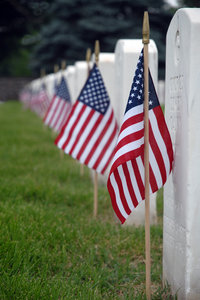 Sadly, many companies, including the United States armed forces, used asbestos even though they knew the side effects could be deadly. Many manufactured products used asbestos because of its fire resistant feature, but even after it was discovered that exposure to asbestos in Boston and elsewhere could be harmful, many still continued to use this material. Our Boston Mesothelioma Lawyers have seen the devastation caused by this form of cancer.

According to the TV station, the veteran served 28 years in the U.S. Navy and of those years, 18 were spent aboard ships that exposed him to asbestos. The jurors found that the man developed pleural mesothelioma after being exposed to asbestos between 1960 and 1977, while serving our country.

In that time frame, he worked in the boiler and fire rooms of each vessel he occupied. He repaired Crane Co.-manufactured valves as well as worked on Elliott Turbomachinery Co. Inc-manufactured tanks on one of the ships.

Jurors found that both of these companies used asbestos-laden products, including pads, gaskets, and manhole gaskets. The jury decided that both companies — 99 percent Crane and 1 percent Elliott — acted with reckless disregard for the man’s safety for not warning of the dangers of asbestos exposure.

This jury sent a strong message about the dangers of asbestos and how a company’s negligence and intentional misrepresentations about asbestos won’t be tolerated. Many companies made commonly used products containing asbestos despite knowing the dangers.

It is common for military veterans to return home from combat with various illnesses, such as Post Traumatic Stress Disorder. But for our older veterans, many are just now feeling the effects of asbestos exposure while they were serving our country overseas or abroad.

The U.S. Navy in particular was a large importer of asbestos because it was used on warships and in shipyards. Asbestos is fire resistant, which was a good quality for the lining of ships as well as the mechanical rooms and piping of ships. A ship fire at sea can be devastating.

But perhaps equally devastating is that many veterans who served faithfully were exposed to asbestos and returned home seemingly fine. But after years, the asbestos develops into mesothelioma or other illnesses and turns deadly. After diagnosis, the median life span is 12 months. Our veterans deserve better.