Despite all the warnings, all the sickness and all the problems asbestos has caused people in America and abroad, Canadian officials are still moving forward with plans to pick up production and exportation of asbestos to third-world countries, The Globe And Mail of Toronto reports.

This is a prime example of greed outweighing common sense and concern for mankind. It’s why many people have been exposed to asbestos in New England, been diagnosed with mesothelioma and other asbestos-related illnesses and die because of it. 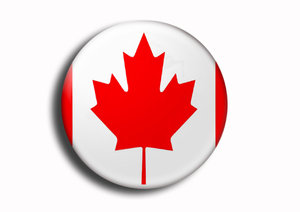 It’s why Boston mesothelioma attorneys have seen families grieving over the death of a loved one. Come to find out that the company that loved one dedicated years of service to knew about the asbestos in its buildings or products and failed to warn its employees of the dangers.

Preventable asbestos-related illnesses take the lives of people every day, in every country. It happens throughout New England to California. Many dedicated workers, and even military veterans, have sacrificed their lives not because of enemy fire or an on-site accident, but because of asbestos.

In recent years, the asbestos industry in Canada had taken a downward turn. Finally, foreign countries and businesses were realizing that the benefits of cheap asbestos weren’t nearly worth the lives of employees and others affected by the mineral that was used for insulation, on piping, car parts, floor and ceiling tiles and other common consumer products.

Yet investors are seeking to make blood money off of poor countries with residents who don’t have much of a voice of influence over such matters. One man vowed to save the industry and came up with $25 million to save an industry that has been decried as unsafe. Even the Quebec government guaranteed a $58 million loan to help.

The hope is to increase export sales of the deadly mineral to $150 million within two years and $3.4 billion over the next two decades. Obviously, the Canadian government is on board with the plan. Not only has it guaranteed a loan to continue producing the toxic mineral, but it stood virtually alone last spring when it voted to block a United Nations treaty that would have added asbestos to a list of restricted hazardous materials.

The man who has headed the rejuvenation of asbestos in Canada is from India, the biggest importer of Canadian asbestos. Some critics have said it is racism to send potentially deadly materials to countries where the people have no voice and no way to resist its use in their buildings and products.

The man claims that modern asbestos is more tightly bonded than the loose asbestos previously used as insulation. Yet, his defense carries no facts that the asbestos is less harmful. It may be more tightly “bonded” yet that doesn’t make it less dangerous.

He claims that the asbestos is used in roofing for India’s neediest and that health investigators — independent from his companies — will monitor the situation. But critics correctly point out that standards in India and tracking the shipment and use of asbestos may be challenging.