Our Boston mesothelioma lawyers know that many victims who developed mesothelioma as a result of exposure to asbestos fibers were exposed on the job. However, there were also a lot of products that were widely sold for decades that contained asbestos. One such product was a patented “Micronite” filter found in Kent cigarettes. 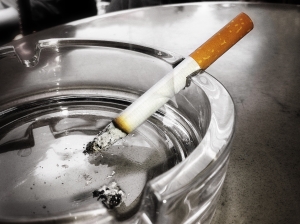 Lorillard Tobacco introduced Kent cigarettes with the Micronite filter in 1952, with the filter containing a form as asbestos that the Sacramento Bee describes as “particularly virulent.” The product with the asbestos-filter remained on the market until it was changed in 1956. Decades later, Lorilland Tobacco faced numerous lawsuits because of the filter as did the company, Hollingsworth & Vose, that supplied the filter material containing the asbestos.

The Sacramento Bee indicates that hundreds of cases were filed based on the asbestos-filter, and that 90 of the cases have been settled over the last several years. However, despite the aging population who smoked the Kent cigarettes, there have been many new cases coming to light and there are now more than 60 cases pending by plaintiffs harmed by the asbestos filter. The Securities and Exchange Commission (SEC) also affirmed that filings showed a wealth of new claims.

The increase in the number of cases arising due to the asbestos-filter may be occurring because of a growing awareness that the filter has caused people to develop mesothelioma and other asbestos related cancers. Doctors with mesothelioma patients are now likely to ask if the patient smoked Kent cigarettes during the 1950s, and this will alert patients to the fact that their serious cancer was caused by the cigarettes they smoked.

In the 1950s, of course, the dangers of smoking were not fully understood. When the link between cigarettes and lung-cancer became more widespread knowledge at that time, tobacco companies switched to filters to avoid losing so many customers. It is unfortunate that the filter chosen to make Kent cigarettes appear safer actually ended up causing harm to those who smoked the cigarettes, and it is important to remember that those who smoked Kents did not assume the risk of developing mesothelioma as a result of their smoking.

The cigarette company should be held legally responsible to patients because of the clear and established link between the use of the asbestos-filters and the resulting harm decades later. Unfortunately, the Sacramento Bee indicates the company is not taking responsibility but is instead using hardball legal tactics including sending private investigators to conduct surveillance on victims in an attempt to undermine claims for compensation.

Victims deserve to be paid damages if they smoked cigarettes and were put at risk of mesothelioma. Don’t let hardball legal tactics deter you from filing your case or taking legal action. A Boston mesothelioma lawyer can help to ensure that you are able to pursue a claim for compensation without worrying about the unfair and dishonest tactics of the tobacco companies.