From 1999 to 2010, more than 427,000 life years were lost as a result of patients dying an early death due to asbestosis and mesothelioma. This data comes from a new study conducted by the National Institute for Occupational Safety and Health published in the American Journal of Occupational Medicine. 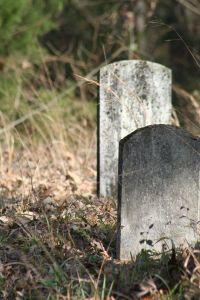 Our Boston mesothelioma lawyers know that both asbestosis and mesothelioma are caused by exposure to asbestos that may have occurred decades ago. The long period of time before asbestos-related illnesses manifest, coupled with the fact that many manufacturers have gone bankrupt, can make it difficult for victims to recover compensation when early death occurs. Still, the tremendous costs in terms of life lost that this study reveals underscores the importance of victims being fully and fairly compensated for the devastation asbestos exposure has caused.

Patients Continue to Lose Years of Life Due to Mesothelioma

The NIOSH study reviewed mortality data from the National Center for Health Statistics. The data regarding patients who died from 1999 to 2010 revealed that there were a total of 56,907 potential years of life lost due to asbestosis based on what would have been normal life expectancy if the individuals had not been exposed to asbestos. Even if life expectancy was capped at the much younger retirement age of 65 instead of at the average life expectancy, there were still 2,167 years of life lost among asbestosis patients.

For patients who were diagnosed with mesothelioma, the loss was even worse. From 1999 to 2010, mesothelioma patients who died lost 370,098 potential years of life. Just like with asbestosis, there was also a great loss of life years even when capping life expectancy at 65. In this case, an estimated 53,000 potential life years were lost.

This news is bad enough, but unfortunately, one of the most troubling results of the NIOSH examination of fatality numbers was the data revealing that the number of life years lost to mesothelioma and asbestosis changed very little between 1999 and 2010, despite the fact that the government has put in place strict guidelines for dealing with asbestos and preventing exposure. These guidelines should be preventing asbestos-related illnesses, but there are still far too many patients who were exposed to asbestos decades ago and who are paying the price today.

When individuals were exposed to asbestos, the silicate fibers were breathed in and became lodged in the lungs, abdomen and elsewhere in the body. The fibers caused scarring and inflammation that, over time, can develop into serious medical conditions like asbestosis and mesothelioma that are causing such devastating loss of life. The problems can take decade to develop, which helps to explain why an estimated 2,500 people continue to die each year due to mesothelioma even though asbestos is now tightly regulated.

Family members who lose loved ones due to asbestosis and mesothelioma should take legal action to recover wrongful death damages so those responsible for asbestos exposure are held accountable for the tremendous loss of life that they caused.