In recent months, officials have been looking into the fact that wood chips distributed from the Libby, Montana, area may have been tainted with the same asbestos that has caused illness and death across the country.

As our Mesothelioma Lawyers Blog highlighted for several months during the summer, environment officials spent months investigating and testing soil at more than dozen sites nationwide that received asbestos-tainted vermiculite for processing. 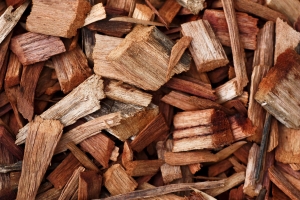 Vermiculite, like asbestos, is a natural mineral that was used for insulation and in the production of many consumer goods. In the United States, it was primarily shipped from Libby, Montana, which produced a large percentage of the asbestos shipped across the country. The mine there was the region’s main employer, as reports stated that a mist of asbestos covered the town at times.

It was used in buildings all over New England from the early 1900s until 1991. It has been a leading cause of asbestos exposure in Massachusetts and nationwide. Exposure to asbestos, even a little, can lead to a diagnosis of mesothelioma, a rare and incurable form of cancer.

Massachusetts mesothelioma lawyers have seen the devastation caused by mesothelioma. People who are diagnosed typically were exposed to asbestos years ago, sometimes 30 to 40 years ago, and are just now feeling the symptoms — coughing, chest pain, fluid build-up — to get checked out. After diagnosis, the median lifespan is only 12 months, which makes this form of cancer that much more frustrating.

In July, The Associated Press reported that more than 15,000 tons of wood chips and bark were distributed nationwide, possibly including New England, despite knowledge that it was tainted with an unknown level of asbestos. Even two decades after the mine in Libby closed due to health hazards — thousands fell ill and hundreds have died — the town still is dealing with the backlash.

Major retailers sold the bark, which was used for decorative purposes or for erosion control. The U.S. Environmental Protection Agency tested samples of the wood chips in 2007, but didn’t quantify how much asbestos was present, the news service reported.

In March, sales of the wood chips were halted by the agency after concerns were raised and The Associated Press began investigating. Recently, initial tests of the wood chips show low levels of asbestos, but that means it’s still present.

It’s unclear where the bark was shipped or whether it was recalled. But it isn’t a typical consumer product like a child’s toy that can just be returned. If these wood chips cause a health risk, more must come out to protect consumers. Officials are still examining samples of the wood chips to determine if the level asbestos on the chips is considered “dangerous.”

Our Massachusetts mesothelioma lawyers would say any level of asbestos is dangerous because even a small amount of exposure can last a lifetime and end tragically.