Massachusetts law requires that if asbestos is discovered in the course of a renovation or demolition project, you must tap a contractor qualified to properly handle the deadly material. 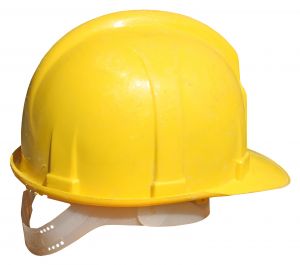 Our Boston asbestos exposure attorneys know that these are firms you are supposed to be able to trust to safely dispose of the material in a way that is going to minimize the health risk both to the workers themselves, as well as the general public.

However, one company based in Worcester was reportedly failing in that duty. The firm was red-flagged following an inspection in which the employees were seen mishandling the removal of shingles that contained asbestos from a home in Worcestor.

The company was initially fined in excess of $18,300 for its failure to follow asbestos removal protocol as laid forth by the Massachusetts Department of Environmental Protection. However, the firm has settled for a $10,000 penalty, with the rest suspended assuming there are no new violations over the course of a one-year period.

According to media reports, officials noted the violation in the fall of 2010. Inspectors said that workers were taking shingles from the roof of the home while making no effort whatsoever to minimize the breakage (usually by watering down the material) or to lower them carefully to the ground. Tossing the shingles to the ground would kick up dust, posing a serious danger to anyone nearby, particularly if those individuals were not wearing protective respiratory gear.

Officials noted a number of dry and shattered shingles, each laden with asbestos, scattered about the ground without any containment.

Regulators mandate that anytime asbestos contractors are removing siding shingles, they must wet them down in order to mitigate any potential breakage. By carefully lowering the material to the ground and placing them in leak-tight containers that are properly labeled as containing asbestos, they minimize the risk to workers.

The violation came as a surprise to the government and the local community, as the firm was not only licensed by the state, but had also been accredited by the Better Business Bureau for the last two years.

Unfortunately, that hasn’t been the only violation that has cropped up in recent weeks in Massachusetts.

Another licensed asbestos contractor, this one based in Haverhill, has also been cited, following the revelation that it improperly removed and disposed of asbestos at a power plant undergoing renovations in Fitchburg last summer. According to media reports, the contractor was hired to remove asbestos-insulated piping.

However, an on-site inspection revealed that the contractor failed to wet those pipes first. In addition to that, workers had been instructed to place the materials in an open-air container that wasn’t labeled.

Officials say there is a high likelihood that anyone who was working in proximity to this area was exposed to the deadly fibers.

Many older buildings contain some kind of asbestos material, whether it’s present in the floor tiles, the roof shingles, the insulation or even the caulking. By hiring a licensed contractor, you or your company should be assured that the removal of this material will be conducted in the safest way possible.

Asbestos that is dry is especially friable, meaning the fibers are more likely to become airborne. When this happens, the fibers can get caught in the lungs, causing an individual to be at high risk for developing either chronic asbestosis or even mesothelioma. No amount of exposure is safe, so even a one-time exposure could result in an individual becoming sick. However, the illness lies dormant for many years, meaning you might not know you have been affected until many years to come.