As the bankruptcy trial for Garlock Sealing Technologies has continued, a major point of contention continued to be how much the company should set aside for victims of its asbestos exposure. 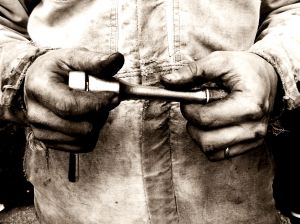 Keep in mind: Garlock isn’t broke. In fact, it is the nation’s largest manufacturer of industrial gasket products and has distribution centers established in some 75 countries.

With the bankruptcy trial, the goal is to continue to stay in business by purging itself of liability for the more than 25,000 asbestos exposure claims pending against it. By filing for bankruptcy and establishing a federal trust, from which victims can make claims directly, the company can continue to operate without ongoing bother from those who have been diagnosed with mesothelioma as a result of the asbestos in its mass-produced goods.

A consultant for the claimants, however, says that the figure should be closer to $1.3 billion to cover current and future claims.

Part of what Garlock is attempting to argue is that plaintiffs are exploiting the confidentiality claims granted by other asbestos trusts founded by other companies. As a result, an individual is able to make multiple claims against multiple companies, alleging that each is responsible for his or her illness.

But here is where that argument falls flat: First of all, outside investigation by federal watchdogs has already established there is little to no evidence of plaintiff fraud as it relates to trusts. Secondly, it is completely plausible that asbestos from more than one manufacturer contributed to a person’s illness.

Asbestos products were very common in a multitude of products throughout the last century. That a person could have been exposed to more than one of those, which significantly contributing to his or her illness, is not out of the question. No amount of exposure to asbestos has been deemed safe, which means even exposure for short periods of time could result in manufacturer or distributor liability.

Interestingly, for all its talk of transparency, Garlock was able to successfully lobby to have certain proceedings in the bankruptcy trial closed to the public, arguing that information regarding specific settlement agreements and discovery amounted to trade secrets and confidential business information.

Garlock has historically been one of the most ardent defenders against asbestos exposure claims, employing tactics that kept victims strung along for years on end. Many times, the cases had to be transferred to family members because the direct plaintiff had succumbed to his or her illness. In the end, it filed for bankruptcy after buckling under the sheer number of liability claims that were pending.

Although Garlock defense lawyers adamantly reject the assertion that their clients are $1.3 billion indebted to plaintiffs for these claims, the plaintiff consultant reported she factored in the following to reach that figure:

The trial is predicted to wrap later this month.