With the dangers of asbestos so well-known, it’s hard to believe that companies continue to put employees and the public at risk of exposure. Unfortunately, an incident of careless asbestos handling by an Essex demolition company has endangered countless people recently as a result of the company’s complete failure to follow best practices when handling asbestos. The company has been fined and faces further potential liability. 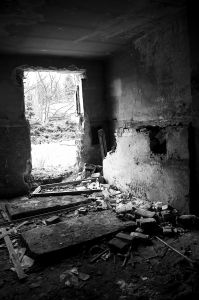 Workers and other individuals harmed by exposure to asbestos can pursue a claim for compensation against companies like this careless demolition business. A mesothelioma lawyer in New England can assist those who have been exposed.

McConnell Enterprises Inc. was hired to do demolition work at the former Crompton and Knowles building on Grand Street back in 2011. The company is a state-licensed asbestos removal contractor. Licensing is required for the removal of asbestos because the material is a well-known carcinogen.

When asbestos is disturbed, the fibers can be breathed in and can become lodged in the lungs. Over time, the irritation from these fibers causes serious and potentially fatal medical problems including asbestosis and mesothelioma. The dangers of asbestos have been known since the 1970’s and today, asbestos is carefully regulated. When buildings with asbestos must be demolished, special procedures need to be followed.

These procedures were not followed during the demolition of the Crompton and Knowles building. As Mass Live reports, piping wrapped in asbestos insulation was discovered during the demolition. Instead of promptly removing the piping while following asbestos abatement procedures, the insulation was left hanging three stories above the ground. This resulted in the workers in the building being repeatedly exposed to the asbestos fibers for a lengthy period of time.

Eventually, the asbestos insulation was removed, but even this was not done correctly. The asbestos was packed up into unmarked plastic bags and was moved into a nearby building. The result was that other members of the public and employees of other businesses were exposed.

As if this all wasn’t bad enough, the company also failed to provide proper notification procedures that are mandated when asbestos is found during demolition. The result was that the Massachusetts Department of Environmental Protection (DEP) was not able to conduct the proper oversight when the asbestos was removed.

Complaints were filed against McConnell Enterprises because of the company’s myriad failures. A consent judgment was entered into with Suffolk County Superior Court this February, and McConnell Enterprises agreed to pay civil penalties and fines of $82,500 to the commonwealth. If the company again fails to conform to state waste regulations over the course of the next 18 months, the company will have to pay an additional fine of $42,500.

While these fines may seem like a lot of money, the fact is that the losses experienced by workers and others exposed to the asbestos could be far greater and people exposed could pay with their lives. The consequences of the exposure may not be known for decades.