Our Boston mesothelioma lawyers are nothing if not meticulous. 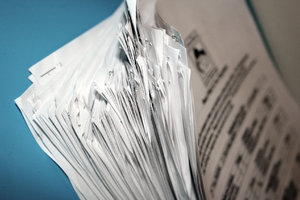 That’s important for lawyers in any sector of law, but it’s critical in asbestos exposure litigation because many of these cases involve evidence that goes back decades.

An incident stemming from a mesothelioma win in Mississippi illustrates the importance of this.

The plaintiff won his lawsuit against his former employer, only to have that verdict later overturned by the state’s high court because of a technicality.

Here’s what we know of the situation, as reported by CBS Money Watch:

Back in 2010, a man named Troy Lofton sued a company called CPChem. You may not have heard of them, but you’ve probably heard of ConocoPhillips and Chevron Corp. This was a joint venture between the two of them.

Lofton said that the company, for more than two decades, knowingly shipped to the gas and oil well industry a product that contained the dangerous organic compound. He said he suffered through exposure for those 20 years, and as a result, now has to be on oxygen for the rest of his life.

The company didn’t deny that its products contained asbestos – or that they knew about it. But CPChem said that some of the documents used by Lofton’s attorney to prove his case were drilling records that showed the use of asbestos on certain rigs, but did not necessarily correspond to the rigs that Lofton worked on.

A Mississippi jury sided with Lofton, awarding him more than $15 million.

The case was appealed all the way to the state’s Supreme Court.

The high court didn’t rule on the actual verdict, saying whether it was faulty or not. However, it did order a whole new trial, after determining that the man’s mesothelioma attorney’s reading of those drilling records in open court was inappropriate, particularly given that those records weren’t formally admitted into evidence when the company’s medical expert was testifying.

A state Supreme Court justice, writing for the majority, said that although the records were in fact written by Lofton’s former employer, his attorney didn’t do enough to prove that they were applicable to the wells on which Lofton worked.

While this decision is indeed disappointing, one positive aspect was they way they ruled regarding Lofton’s statute of limitations.

Lofton had been diagnosed with a lung disease way back in 1993. But at the time, he had no idea why he was sick.

The three-year statute of limitations during which he had to file suit should have expired in 1996, the company contended. Instead, he filed his lawsuit in 2003.

But how could he have filed his lawsuit against anyone by 1996 when he didn’t know until 2003 that anyone else might have been responsible?

He couldn’t have, and the state’s Supreme Court agreed with him at least on this point.