Researchers at the Mayo Clinic in Minnesota are looking at the possibility that the measles virus may one day be key to treating mesothelioma.

Massachusetts mesothelioma lawyers have been reporting that more and more scientists and doctors are looking at ways to treat mesothelioma in Massachusetts. Hopefully ending soon are the days when patients are diagnosed with mesothelioma and told there is no cure and they must live out their remaining days in pain. 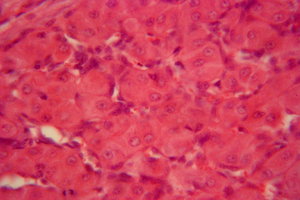 This form of cancer doesn’t get the same type of media exposure that other forms of cancer sometimes do, but that’s because fewer people are diagnosed. But the numbers are increasing. It is a strange illness because it can take 30 or 40 years for a person to feel the symptoms associated with the cancer.

Once a person goes from doctor to doctor and is diagnosed with mesothelioma, their life expectancy is only 12 months. That’s part of the reason it is so devastating. Because most patients don’t get diagnosed until the cancer is in its more advanced stages, there is little that can be done.

Painful and long-term chemotherapy may help, but, at the same time, there isn’t much time for treatment. Surgery typically isn’t an option for these patients because the cancer is so advanced and abuts major organs, including the heart and lungs, that surgery could lead to a quicker death.

But if Mayo Clinic researchers get their way, new developments could do well to increase a person’s life and take away some pain at the same time. Researchers in Minnesota began looking at mesothelioma after residents in the Iron Range region where taconite mining has led to health problems with workers and nearby residents.

They have taken an engineered version of the measles virus and believe it may be a key to treating mesothelioma. The treatment would be safe for the patient, but could be used to target specific areas and carry a toxic payload that could kill tumors.

First, they started by applying the engineered virus on cells and then in animals. Mice who were infected with mesothelioma lived longer than those who had mesothelioma and weren’t treated with the virus. Some appeared to have been cured.

Researchers are hoping that combined with chemotherapy, the virus would be able to kill cancer cells before the body’s defenses shut it down. While this is in its early stages, researchers hope that in four or five years, they will be able to put the virus in pill form that patients can take in order to treat patients, whom they hope will get a six-month extension on life.

They key here is to remember that this research is in its infancy and nothing conclusive has been proven. But this is a good first step, our Massachusetts mesothelioma lawyers believe. Extending life is a good start and hopefully that leads to finding a cure as well as front-end preventative treatment.