The recent mesothelioma deaths of two former employees who worked in the same building at a California college is raising alarm among both faculty and students regarding air quality and the possibility of asbestos contamination. 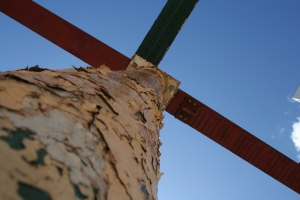 Our Boston mesothelioma lawyers continue to see these case occurring at schools, universities and educational facilities — in this case it’s reportedly taken the lives of two employees already and may ultimately be responsible for future cases of mesothelioma.

Asbestos is known to cause mesothelioma when the fibers are disturbed, become airborne and are subsequently inhaled. Mesothelioma, a rare, deadly form of cancer, develops years – usually decades – after exposure. Despite the arguments made by countless manufacturers and construction companies challenged in court, no amount of asbestos is safe, and a single exposure has the potential to be fatal.

According to local media reports. a 51-year-old administrative coordinator at Chico University’s political science department died in mid-September due to complications from lung cancer. Just a few months earlier, a 49-year-old sociology professor passed away after being diagnosed with mesothelioma. Both employees had worked in the same building at the university, one just a floor above the other in the northwest corner of the facility.

Following the death of the second employee, an e-mail was distributed by one of the deans to other faculty members, saying there were concerns about the quality of the air in this particular building. That e-mail indicated that there was knowledge that the iron beams in the structure had been spray-coated with asbestos, which is in the fiber glass. The e-mail went on to say that if left alone, these fibers would not have been harmful. But there was concern that over the years, work to the heating, ventilation and air conditioning could have disturbed those fibers.

Hours after that e-mail went out, a meeting was held with the school’s Academic Affairs office, as well as the Department of Environmental Health & Safety. It’s not clear what information came out of that meeting, but another has been scheduled for this month.

A statement released by campus officials said that hundreds of thousands of structures built in the 20th century were constructed with asbestos or asbestos materials. School officials assured that no construction had taken place at the building recently that would have disturbed those fibers. However, as mentioned previously, a mesothelioma diagnosis wouldn’t have been made until several years after exposure. So if it was indeed exposure to asbestos at the school that made these workers sick, recent construction or renovation work wouldn’t have mattered. It would likely have occurred several years prior.

A state oversight agency that monitors asbestos in schools, government buildings and commercial structures indicates that nearly 50 buildings on that campus alone contain asbestos. Similar situations have been reported in schools and companies throughout Boston as well, where many structures were build in the era when asbestos was a commonly-used construction material.

For this reason, when someone is diagnosed with mesothelioma, determining the source of exposure can be tricky. But it is important to narrow it down so that you and your loved ones may receive compensation. We can help.