In looking at a New England mesothelioma claim, who would you suppose to be the true victim? 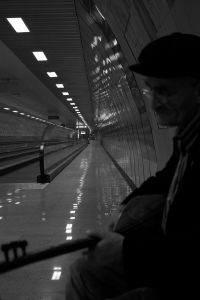 Our Boston mesothelioma lawyers would assume the answer is a no-brainer: The patient who has been diagnosed with this aggressive terminal cancer and the loved ones who are suddenly left to carry on without them.

Apparently though, insurance companies would have you think differently. According to the insurance firms who had contracted with asbestos defendants, they are the true victims. These were firms that purportedly had no knowledge of the ongoing negligence by the companies with which they were doing business and therefore had no idea that this current “flood” of mesothelioma claims would in time be in the pipeline.

In reality, they likely charged a premium for that risk and are now trying to dodge responsibility. Now that the insurance firms are on the hook, at least partially, for the damages, they are trying every tactic possible to either limit their own liability or make it tougher for mesothelioma victims to sue in the first place.

That’s right. Rather than simply owning up to the responsibility they accepted when they signed on with firms that later turned out to be deceptive to the point of endangering workers and consumers, they are placing the blame squarely on mesothelioma patients and their attorneys. According to these companies and their advocates, the fact that so many people are coming forward with mesothelioma diagnosis MUST be evidence of some form of fraud, and the “greedy lawyers” are all too happy to be complicit in efforts to bully them into paying up.

They’re argument lacks any substance when you consider that exposure to asbestos is expected to claim roughly 500,000 lives in the U.S., peaking in 2015. The reason there are so many plaintiffs is because there are so many people sick, dying and grieving because asbestos defendants produced dangerous products and/or failed to warn employees and consumers about the risks.

What’s driving insurance firms’ sudden activism is a recent ratings report that insurers will need to set aside at least $85 billion to cover these claims – $11 billion more than expected. That still only breaks down to about $170,000 per patient.

One of the most blatant means by which insurance firms are trying to muzzle mesothelioma victims is through the political lobbying group The American Legislative Exchange Council. ALEC has been active in teaming up with legislators in Ohio, West Virginia, Louisiana, Oklahoma, Texas and at the federal level to protect corporations from exposure to claims by making it tougher for victims to file suit. Legislation in these places has been introduced or has been drafted, which makes more requirements of plaintiffs and drags the process out much longer. Meanwhile, these companies have full knowledge that doing so is likely to make the life of the lawsuit outlast the life of the plaintiff.