The $3 million verdict awarded to the family of a man who died of mesothelioma was reduced by more than $1.3 million after a Kansas judge imposed damage caps, per state law. 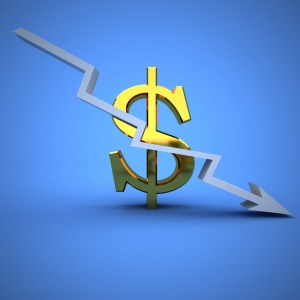 Our Boston mesothelioma lawyers know that this is yet another unfortunate example of the effect that tort reform has had on asbestos litigation.

Pushed hard by deep-pocketed companies – including those that manufactured products made with asbestos – tort reform is designed to limit the amount that an injured person can collect from the wrongful party. Advocates frame it as a way to dissuade frivolous lawsuits or outrageously high damages. However, the real impact is that the awards determined to be fair by juries and judges, who have heard all of the facts laid out in detail, are not honored.

In Massachusetts, non-economic damages are capped at $500,000. Non-economic damages would be those not quantifiable, such as negligence or loss of consortium. In other words, it’s not the amount you have or will expect to pay in medical expenses or shoulder for lost wages. It’s the amount of damages you are owed for your pain and suffering.

However, there are exceptions to this cap in Massachusetts when the plaintiff can provide proof that he or she was substantially disfigured or suffered some permanent loss or impairment or when there were some other special circumstances where limiting that award would deprive the plaintiff of just compensation. A strong argument for exception can be made in cases of mesothelioma, a terminal disease with the only known cause being asbestos exposure.

Still, caps continue to be imposed in asbestos cases.

Here, with McCormick v. A.W. Chesterton Company, the plaintiff was a mesothelioma cancer patient, who died after the lawsuit was filed. He had worked for years on a number of boiler systems at an Air Force base in Kansas.

Years later, he was diagnosed with mesothelioma and sued the manufacturer of those boilers, Cleaver Brooks Co., Inc. (later purchased by A.W. Chesterton Company). This was a firm that manufactured and supplied dozens of asbestos-containing boilers that were used on base. Claims against other defendants were dropped.

Co-workers of the plaintiff testified that the defendant inhaled asbestos dust routinely while working to install, repair and replace the boilers.

It was alleged that the manufacturer was well aware of the damages its products posed, yet did nothing to warn users of that. The company, meanwhile, attempted to heap the blame on the Air force and other firms with asbestos-laden products used on the base.

That amount isn’t final, though, as the judge agreed to stay the final judgment to allow the defense time to file additional motions.