Our Boston mesothelioma lawyers have learned that asbestos case defendants will stop at nothing to avoid paying what is rightfully owed to a dying former employee or widowed spouse. 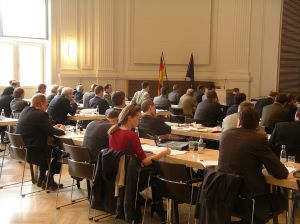 If they do win upon appeal, it’s often due to some legal technicality. The fact is, mesothelioma cases are quite complex because they tend to involve historical facts and events that took place decades ago, in addition to modern-day, detailed-medical testimony. What this means is that you need to find an experienced law firm with the dedicated resources to build and present such complex cases to a jury.

It was a legal technicality that recently sank the case of a Washington man who had been awarded $9 million from two dryer felt companies that produced asbestos-laden products he encountered daily in his line of work in a paper mill between 1968 and 1984.

For many years after he left that job, neither he nor his wife suspected anything was amiss. Then, in November of 2006, that former paper mill employee received crushing news: a mesothelioma diagnosis. The aggressive cancer is caused by airborne exposure to asbestos. It lies dormant for years, but is typically fatal shortly after diagnosis.

This man and his wife filed suit against the two dryer felt manufacturers – Scapa Dryer Fabrics, Inc. and AstenJohnson, Inc.

During the course of the trial, the U.S. District Court judge allowed a doctor to testify as an expert witness for the plaintiff. However, prior to doing so, the judge did not require what is called a Daubert hearing, as required in accordance with Daubert v. Merrell Dow Pharm., Inc. (1993). This case established a precedent holding that in order for a witness to deliver what is considered “expert scientific testimony,” a hearing must be held. This is referred to as Rule 702. According to the standards, the judge is the gatekeeper of the information, ensuring that the testimony truly is derived from scientific expertise. Further, there has to be a clear relevance and reliability as to the testimony the expert provides.

The idea is to prevent irrelevant or non-scientific evidence to be presented in a way that gives it more weight before a jury.

This is the standard law in federal court and in Massachusetts court, although a similar but different standard, known as the Frye Standard, is applied to state courts in California, Florida, Maryland, New York, Illinois, New Jersey, Washington and Pennsylvania.

The defendants in this case appealed to the Ninth Circuit Court on the basis of several reasons, one of which being that a Daubert hearing was not held for this particular witness.

The panel of appellate judges ruled in favor of the defendants, ruling that the jury was allowed to hear the doctor’s “unfiltered” testimony.

As a result, the appellate court ruled that the verdict must be overturned.