Dr. Bill McQueen’s hands had healed many in his extensive career as a renowned ear, nose and throat surgeon. 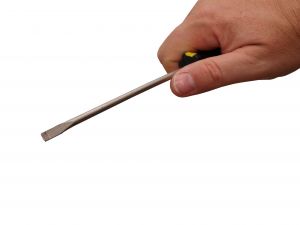 But for all his skill, experience and education, he could not save himself against the most formidable medical enemy he ever faced: Mesothelioma.

Our mesothelioma lawyers understand the Texas doctor died earlier this year, two years after his diagnosis, following a whirlwind of aggressive treatments and the initiation of litigation that is now being carried on by his widow, only in her early 60s.

McQueen’s case, chronicled recently by The Wall Street Journal, serves to shatter the misconception that mesothelioma affects only blue collar shipyard workers, mechanics and other tradesmen.

In fact, the surgeon never worked in any of those fields. He did, however, work closely with his father in the family greenhouse as a teenager. He also helped extensively with home improvement projects around the house with his dad. Unbeknownst to father and son, many of the products they used to complete their various chores were laden with asbestos. Exposure to these fibers is the only known cause of mesothelioma, which lies dormant for decades before revealing itself in a terminal diagnosis.

In terms of litigation, these cases can present more challenges than those brought by tradesmen who worked in industries known to have extensively used tools and products manufactured with the deadly substance. In the latter, the point or points of exposure may be easily identifiable. Plaintiffs can clearly say, “I worked at XYZ manufacturing plant between this year and that year, and the products used during the course of my duties contained asbestos fibers, for which I was neither warned nor protected.”

But it’s tougher when the exposure occurred during a home improvement project. You might remember a major kitchen renovation 40 years ago. But you wouldn’t likely have the receipts to prove that the flooring or the roofing or the plumbing or the insulation was a brand that was later found to have contained asbestos. That’s if you even remember the brands used at all. It gets even tougher if the exposure was a result of minor, incremental projects, as alleged here. Asbestos was contained in products as inane as caulking materials, adhesives and various mastics.

A recent study by an economic consultant analyzing the asbestos litigation filings of a court in Philadelphia discovered that nearly 50 percent of the asbestos injury claims made between 2006 and 2010 were filed by plaintiffs who cited exposures from do-it-yourself construction or mechanical products. Prior to 2000, these plaintiffs made up just 3 percent of the total.

Anyone diagnosed with mesothelioma – or who has had a loved one pass from this awful disease – likely has a strong case for damages. But recovery of damages is going to depend on your ability to prove exposure. Our Boston mesothelioma law team has extensive experience in representing clients whose exposure arose from non-traditional sources. We know how to investigate these cases and how to improve your chances of winning the compensation you deserve.