Every night, when he returned home in Great Britain from his job at the Royal Navy dockyard, she would cuddle up next to him, breathing in the asbestos dust that covered his work uniform, which he would change out of after greeting his family each evening. 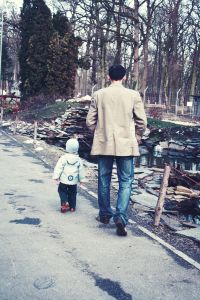 Now, our Boston mesothelioma lawyers have learned, Brewer has died at the age of 53, a loving mother herself. Those childhood hugs with her dad are believed to have been the cause.

While we typically think of asbestos litigation as concerning only those who worked directly with the deadly fibers, we now know just how dangerous that dust was to the immediate family members of those workers as well. It’s a testament to how dangerous the material truly is. These are people who weren’t necessarily hauling mounds of it over the course of years. But they were washing their spouse’s clothing. They were cleaning the tracked in dust from up off the floors. They were embracing their loved ones after hard days work.

Terminal illness and death is the price they are paying.

In Brewer’s case, her father died at the age of 68, also of asbestos-related lung cancer. Brewer died much younger because her exposure occurred much earlier in life. She was diagnosed the same year her father died.

The disease can lie dormant for decades before symptoms emerge allowing doctors to make a diagnosis. The prognosis is poor, with most patients given just a few years to live. Brewer, amazingly, survived seven years with the disease, most likely because of her early diagnosis and treatment.

A number of scientific journal articles examine the effects of parental asbestos work on children, and the consensus so far is that youth were unquestionably at risk by parents who returned home in their work clothing directly after their shifts.

Research in the 1960s indicated that wives were often placed at risk when they laundered the asbestos dust-covered clothing of their spouses. A 1971 study conducted by the National Institute for Occupational Safety and Health found that all family members could be placed at risk if the asbestos-laden work clothing was washed with other articles of clothing. Those fibers could then stick to the children’s clothes, and thus cause them to suffer asbestos-related illness later in life as well.

Another example of this is a 47-year-old woman from Australia, who was exposed to the “devil’s dust” as a child while watching her father cut asbestos cement sheeting in the family garage. She inhaled puffs of the dust, and received a mesothelioma diagnosis at age 45. Neither her father nor siblings have thus far developed the disease. She, however, has been given a few years to live – and that is with aggressive treatments and therapies.

An untimely death due to mesothelioma is tragic at any age. But for those who are dying so young, exposed as innocent children, by parents who no doubt would have taken every precaution against it if they’d known, is all the more unjust.

We are committed to working closely with these individuals and their families to fight for compensation.