Victims of asbestos exposure blamed on a local mine in Montana have reached a number of settlement agreements with the mine company that reportedly put them at risk. 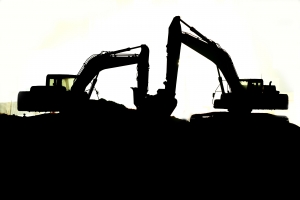 According to local news reports, the individuals will receive varying amounts of compensation from the company that owned the properties. The company is currently undergoing a Chapter 11 reorganization bankruptcy, and the payouts will be part of the deal.

Boston mesothelioma lawyers understand this has been a long journey for many of those involved. Back in 1999, the Center for Asbestos Related Diseases clinic in the local area received a huge influx of some 2,800 patients, and there has been a steady stream of new patients since. Many of these individuals were suffering from asbestos-related ailments, such as asbestosis and mesothelioma. Each of these diseases is fatal, though each affect the body differently.

Asbestosis is a prolonged and chronic disease. It’s not cancer in and of itself, but those who are diagnosed are at high risk of developing lung cancer, and often do.

Mesothelioma, meanwhile, is a cancer. It is rare in that the only known cause is exposure to asbestos. This cancer affects the lining of the lungs, rather than the inside of the lung. The disease lies dormant for many years, but once a diagnosis is received, it’s swiftly fatal.

In this case, the negotiations have been ongoing for years, as the mining companies were simultaneously battling with the railroads and insurance companies, trying to place the blame elsewhere.

Part of the difficulty was that the victims all had varying exposure times, leading to an inconsistency in the severity of illness at the time action was brought.

There was a settlement reached last year in which the mining company agreed to pay $43 million.

This agreement is actually separate.

Many of the terms are confidential, but we do know that $19.5 million will be placed into the local medical program and additional funds will be placed into a trust for those who are currently and those who will in the future be diagnosed with an asbestos-related disease that has proven ties to the mine and its activities.

The settlement also requires the local claimants to withdraw any objections they had to the company’s bankruptcy plan.

The company had on its own founded a medical program in town back in 2000, and provided medical coverage for certain asbestos-related diseases. The company has contributed $2 million to that fund annually.

Of course, this was seen as a good will gesture, but in the end, it doesn’t begin to cover the enormous cost of treatment for these individuals, and it’s far less than they would pay in a court order.

If you have been diagnose with mesothelioma, it’s critical that you contact an experienced attorney.