Several men were recently convicted in connection with an asbestos dumping scandal and it’s as yet untold damage to the environment, and the health of workers and nearby residents. 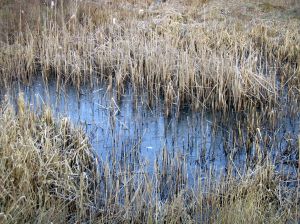 Our Boston mesothelioma lawyers understand that some 60 million pounds of debris was dumped on farmland that borders federally-protected wetlands.

Two men were convicted by a jury of violations of the Clean Water Act and other environmental protection laws and fraud statutes.

This case is important because it shows that we in this country are still grappling with the aftermath of widespread asbestos use. Mesothelioma diagnoses, exclusively caused by asbestos exposure, are unlikely to taper off any time soon.

The fact is, asbestos is expensive to remove. The reason is because the law requires such efforts be done meticulously and according to very specific procedures – precisely because of the known dangers the substance poses when disturbed.

What these individuals – and others – have been known to do is cut corners to trim costs. But this ends up putting everyone else at risk.

The effects of that risk may not be known for many years, as mesothelioma has a latency that typically lasts decades. Once a person receives a diagnosis, sometimes 30 to 40 years after exposure, the disease progresses rapidly and aggressively. There is no known cure, and it’s terminal.

All of this makes the actions of these individuals even more egregious.

According to news reports, one of those convicted was the owner of a large farm in upstate New York and the other the owner of a waste management company.

Evidence presented during the 10-day trial revealed that the defendants moved thousands of tons of asbestos-laden demolition debris from New Jersey and dumped it in a corner of the farm, which is situated partially on federal wetlands. Neither individual had a permit for the dumping action.

All of the charges combined carry a maximum 5-year prison sentence, as well as a fine of approximately $250,000 (or twice the gross gain to the defendant or twice the gross loss to the victim, whichever is greater). This could end up being quite expensive, as the pair were additionally convicted of violating something called Superfund laws. These are laid out by the U.S. Environmental Protection Agency, and they essentially govern the clean-up of uncontrolled or abandoned hazardous waste material. When individuals or parties are responsible for creating a toxic waste hazard, the government has to step in and clean it up in order to prevent injury or illness. The cost to adequately clean up this mess could easily reach millions of dollars.

What’s more, the men were both convicted of federal obstruction of justice charges – which carry a maximum 20 years in prison, plus additional fines.

The men will likely be sentenced before the end of the year.