There is no question that malignant mesothelioma is extremely rare absent exposure to asbestos. Basically, if a doctor makes a diagnosis of mesothelioma, it is presumed in virtually every case the disease was caused by exposure to the toxic fibers. The next issue that comes up is finding out the source of exposure, and doctors will conduct an extensive work history of patients to determine when and where asbestos exposure occurred. 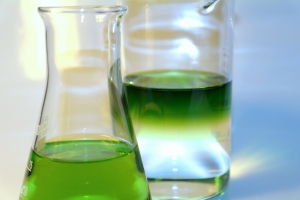 However, according to a recent article from the Madison-St. Claire Record, corporate defendants in mesothelioma injury lawsuits are trying to claim a certain genetic marker, if present in plaintiff, made this person significantly more likely to develop mesothelioma than those without the gene.

It is the BAP1 gene corporate defendants are saying makes a plaintiff much more likely to develop the deadly form of cancer. A researcher from the University of Hawaii believes BAP1 gene can increase the chance a person will develop mesothelioma and can actually cause mesothelioma. While this theory was first presented in 2011, this year is the first time lawyers are seeing it presented as a defense in mesothelioma cases.

In one case discussed in this news article, plaintiff’s attorneys said this was just the latest of many examples where someone is dying due to corporate greed and neglect. He also said knowingly exposing anyone to asbestos is wrong whether or not he or she has a specific gene. He said his firm first became aware of this being used as a possible defense when discovery documents showed a researcher at the University of Hawaii had performed a test for the BAP1 gene though a process known as immunohistochemical staining.

While the judge allowed samples of plaintiff’s lung tissue to be tested, the judge has not made a ruling as to whether the results of any testing would be admissible at trial. As our Boston mesothelioma lawyers can explain, judges are responsible for acting as gatekeepers to make sure only true scientific evidence is presented to a jury and filter out junk science or pseudo science defense attorneys will try to get before the jury. In order for something to be considered scientific in a court of law and presented to a jury as such, it must be subject to peer review and generally accepted in the scientific community as a true science.

For example, polygraphs (lie detectors) do not meet the requirements of being a scientific device, and their results are generally not admissible in a court of law. On the other hand, most DNA analysis is now considered suitable for admission in a civil or criminal trial.

If you have been diagnosed with mesothelioma, you should make sure your attorney has experience in handling these cases and is up to date on the latest scientific research and trends in this ever-changing area of law.