Asbestos is now know to be a deadly substance capable of causing a fatal medical condition know as mesothelioma, asbestosis, and other serious respiratory illness. The general public has known about the dangers of asbestos since the late 1970s, but companies who used and manufactured asbestos and asbestos-laden products knew long before that time.

These companies also knew it would take decades for workers exposed to asbestos to become sick, so they were willing to risk their health and safety for short term profits. While there have recently been many mesothelioma lawsuits, costing these companies and the successors in interest hundreds of millions of dollars and inducing bankruptcy in many cases, these companies were not concerned with anyone’s future. 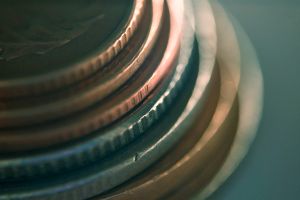 Today, everyone knows asbestos can kill. However, not everyone knows how to identify asbestos, and what types of materials to avoid. In some cases, it is obvious to those trained what material contains asbestos, as there are some telltale signs. For example, 12″ by 12″ linoleum floor tiles manufactured prior to 1980 probably contain asbestos. Unfortunately, not everyone knows that, and there are many forms of asbestos that do not have any telltale signs, but since it was it so heavily used during much of the last century, asbestos is found nearly everywhere.

While asbestos material may be in your home, and if you live in Boston in an older building, there is a good chance it is, as our Boston mesothelioma injury lawyers can explain, it is not often dangerous unless it is disturbed or in a deteriorating state. It is during renovations and demolition work when it becomes most dangerous to workers and others living around the job site. This is why only trained and certified contractors and their workers must do asbestos inspection and abatement (removal).

According to a recent news article from the Chicago Tribune, OSHA has fined a metal company for not telling its workers they were being exposed to deadly asbestos fibers. OSHA fined the company well over a hundred thousand dollars for not warning workers and committing several serious safety violations, which OSHA believes could result in death or serious personal injury.

OSHA found the company had not posted signs warning of the presence of asbestos, had not provided OSHA-approved training on how to recognize and avoid asbestos, and had not trained employees on general safety standards in accordance with OSHA regulations. It should noted, the company was able to negotiate with OSHA about the amount of fines assessed, and the agency agreed to reduce the fine from approximately $127,000 to around $64,000. It is common for alleged violators to negotiate fines with OSHA.

One of the most troubling aspects of this story is that, if workers were exposed to deadly asbestos fibers, it could take as many as 20 to 50 years for them to develop symptoms and get diagnosed with mesothelioma. However, during those years, mesothelioma can progress to an advanced stage, and a patient may only have a very short time left to live once he or she finally finds out. There is also nothing doctors can do in the meantime to find out if they actually inhaled asbestos fibers, and, even if they were able to do this, there is no way to remove the fibers without cutting out portions of a patient’s lungs.