The sad reality is that when a doctor tells their patient that they have malignant pleural mesothelioma (MPM), they are also usually told that they will not live very long.  While there are various treatment methods used by oncologists, they are often very invasive and even in the best cases will only prolong a patient’s life a relatively short period of time. They are often done at the expense of a patient’s already diminished quality of life. 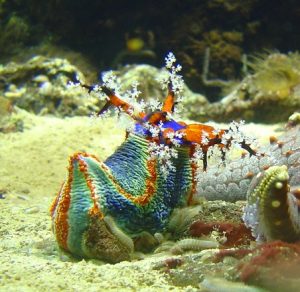 There are a variety of reasons that there are so few effective means to treat malignant mesothelioma, but a lot of it has to do with a lack of research attributable to inadequate funding.  This is because malignant mesothelioma is a relatively rare form of cancer.  It is almost unheard of to occur without the patient being exposed to asbestos, and, even then, we generally see around 2,500 new cases each year in the United States.  While this relative rarity is of no comfort to the victims and their families, the numbers are very small when compared to other forms of cancer.  This means there is no profit in developing a treatment for mesothelioma for the big drug companies, so they do not spend a lot of money on developing a cure.As our Boston mesothelioma attorneys can explain, when a disease is relatively rare and the drug companies have little motive to develop a cure, the disease is often considered an orphan and any drugs will therefore be considered an orphan drug.  The advantage to an orphan drug designation is that the approval process is often fast-tracked, which reduces costs, and this will make it more likely for a smaller pharmaceutical firm to try to develop a new drug for the disease.

With the numbers of new victims being smaller in the U.S., they are obviously even smaller in European countries with much smaller populations.  For example, Austria sees about 90 new cases of mesothelioma each year.  However, they are still interested in finding a cure for malignant pleural mesothelioma, and according to a recent news article from Science Daily, Austrian researchers at one university have just found a possible treatment for asbestos in a chemical known as trabectedin.  This chemical agent is found naturally in the Caribbean Sea Cucumber, and can now be created synthetically in a lab.

This was not the first time researchers have used trabectedin, as it has been used in making chemotherapy drugs for different types of cancers.  When used in the preclinical setting, laboratory bench results provided promising results.  Following these lab tests, scientists used the drug in a clinical trial in Italy, and the results were equally promising.

These researchers published the study results in an American cancer research journal, are working to test the new drug on a larger scale with more clinical trials, and will eventually seek approval for use in clinical practice. Since mesothelioma is so deadly and kills so quickly, it is often possible to get drugs approved by the U.S. Food and Drug Administration (FDA) quicker than other drugs under what is known as a compassionate use allowance.