Many people think that asbestos causes lung cancer, and that it is the same as mesothelioma.  While it is true that exposure to asbestos fibers could cause lung cancer, such as the kind experienced by long-term smokers, mesothelioma is much more commonly the result of asbestos exposure, and it is an entirely different form of cancer than lung cancer. 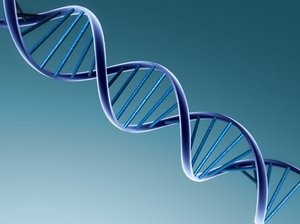 Regardless of where the mesothelioma forms, it can quickly spread to any other part of the body, which is one of the reasons it is so deadly.  The other reasons that it is so deadly is that patients do not normally know they have the disease until they start developing symptoms, and by the time they do, they are normally told the cancer is at a very advanced stage, and they only have a very short period of time left to live.  The other reason that mesothelioma is so deadly is that there really aren’t any effective treatment options, as noted in a recent article from Targeted Oncology.

In fact, the vast majority of patients will not benefit from the standard chemotherapy drugs, but will suffer greatly from side effects of those drugs as well as the effects of the disease.  Doctors will also combine chemotherapy with radiation and major surgery.  In one procedure, large sections of organs such as the lungs are removed, and a heated spray of medication is applied internally. This is also not likely to work, but it does help some.   Helping normally means to extend a patient’s life for a matter of months, and it can cause much discomfort.  This can be translated into a pain and suffering award in a Boston mesothelioma lawsuit.

There is, however, a new vaccine under development known as CRS-207.  However, it should be noted that even though this medication is showing some promising results, it is not a vaccine in the traditional sense that prevents people from getting sick in the first place.  While that may be eventually, right now, they are hoping it will slow down or stop the growth of new tumors and keep patients alive longer.

Like many other vaccines, it is made form a strain of live attenuated virus.  In this case, it is made from the Listeria virus.  We have, of course, heard a lot of about Listeria in recent months as a result of all of the food recalls.  We have seen ice cream, vegetables, and now sunflower seeds as the subject of various recalls in connection with Listeria contamination.   Once a patient is exposed to Listeria, doctors have seen that chemotherapy drugs work better against mesothelioma.