According to a recent news release from Nasdaq News Service, Aduro Biotech has just announced the results of Phase 1b mesothelioma trials for its new immunotherapy drug, CRS-207. 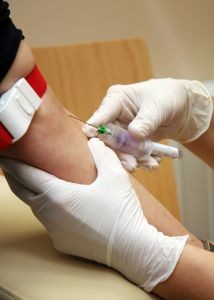 Phase 1b is part of the process of clinical trials to test new medications on human patients. In this phase, multiple increasing dose studies are performed on human patients to determine safety and tolerability. The patients are given multiple low doses of the drug during the study, and multiple tests are performed to determine how the human body processes the new drug. In the next group of patients, the dose of the experimental drug is increased, and then increased again in future groups, until a preset limit has been reached.

In this test, CRS-207 was administered alongside standard chemotherapy in mesothelioma patients. All patients were suffering from unresectable malignant pleural mesothelioma. As our Boston mesothelioma attorneys understand, in the 1b phase of a clinical trial, researchers are generally testing for safety and not efficacy at low doses. If the drug is proven safe, the next round of tests in Phase 2 human clinical trials will begin to look at efficacy and therapeutic dosages. In other words, first they make it is safe in low doses, and then they raise the levels up to prescription strength dosages before testing to see if actually works.

However, it should be noted that in some cases, drug companies are allowed to combine, or blend the lines, between various phases in the testing process. One of the main reasons for this exception to the rules deals with what is known as a compassionate allowance. Since the vast majority of mesothelioma patients will die in a short period time, even with the best currently available treatment, a patient may be given an otherwise unapproved drug in certain cases, as long as the patient gives his or her informed consent, but the alternative to taking the medication is not favorable. Essentially, the FDA is allowing them to the take a risk, but the patient is dying anyway and a new drug might help.

In this case, the drug company did examine efficacy during the earlier safety phase and determined it was working as expected. Even in limited trials, the immunotherapy is increasing the number of T-8 cells, which are capable of penetrating the tumor and stopping growth. In these limited trials, the tumor progress was stopped for an average of eight months.   While this is far from a cure, it does show promising results, and it is hoped results will only get better with more testing and more research.

The company released this information as a spotlight during a recent conference, and people are excited about the results so far. A company spokesperson said the next step will be to get the drug moved to Phase 3 clinical trials.   That is considered to be the first real frontline test where the drug is tested in multiple trial centers across the world to see if it is effective and to continue to monitor for safety concerns and adverse effects.   Once this phase is complete, the company can submit the drug for marketing approval.